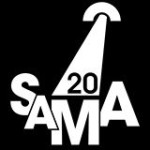 Their hit comeback single Khona (featuring Uhuru) won the SAMAs for Best Selling Ring-back Tone, Best Selling Full-track Download and Best Selling Mobile Music Download of the Year during the event, held at the Extravaganza Theatre at the Sun City Hotel on the afternoon of 28 April 2014.

Now, all eyes are on the Sun City Superbowl, where the main awards ceremony will be broadcast live on SABC1 from 20h30 on 28 April 2013 – and will determine whether Mafikizolo’s Theo Kgosinkwe and Nhlanhla Nciza will extend their dominance of SAMA 20.

They have five more chances of winning – in the Album of the Year, Duo or Group of the Year, Best Pop Album and Best Collaboration categories, as well as the Kia Record of the Year (also for the track Khona).

Every year, the SAMA 20 industry awards reward technical and sales excellence as well as artistic prowess in certain music categories, and serve as an appetiser to the main event. Hosted by Pearl Modiadie, this year’s industry awards featured live performances by several of the nominees – and the mounting excitement ahead of the evening ceremony was tangible.

DJ Kent, who also goes into the main SAMA 20 awards with an armful of nominations, bagged the SAMPRA award for Most Played Song on South African Radio in 2013 for his monster hit Spin My World Around, featuring The Arrows.

For the second year in a row, The Parlotones scooped the award for Best Music Video of the Year – for Sleepwalker, their collaboration with Khuli Chana and Jon Savage. Kyle Lewis, who directed and conceptualised the video, received the SAMA.

Zonke’s Give and Take Live was pronounced Best Live DVD, while the honours for Best Selling DVD went to Joyous Celebration. Oskido’s Tsa Ma Ndebele was named Remix of the Year, with The Soil’s Reflections Live in Joburg netting the SAMA for Best R&B/Soul/Reggae Album.

Darryl Torr was judged Best Producer for his sterling work on Yes/No/Grey by Gangs of Ballet, with Peter Auret picking up the Best Engineer laurels for Charl du Plessis’s Pimp My Piano.

One of last year’s Lifetime Achievement winners, Dr Thomas Chauke, signalled that he has no intention of slowing down, with his Shimatsatsa No 32 being named Best Traditional Album. And Nqubeko Mbatha’s Sentiments of a Worshiper won the SAMA for Best Contemporary Faith Music Album.

The awards will also be streamed live on the mobisite (www.samatv.mobi) and the official SAMA YouTube channel (www.youtube.com/samusicawards). Visit www.samusicawards.co.za for more information.

• The 20th Annual South African Music Awards were made possible with the generous support of sponsors the Recording Industry of the South Africa (RISA), Kia Motors, SABC1, Amstel Lager, Sony Mobile, the National Department of Arts and Culture and the Department of Sports, Arts & Culture North West Province; as well as partners Sun International and Mike du Toit Attorneys.

The winners of the SAMA 20 Industry Awards are:

Most Played Song on South African Radio in 2013
DJ Kent ft. The Arrows