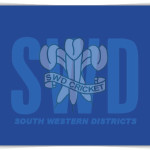 Cricket South Africa (CSA) recently announced that the South Western Districts Cricket Board will host the annual Cricket South U/15 National Cricket Week in Oudthoorn over the period 13-17 December 2014.  It will be the second time that SWD will host this event after it was also successfully hosted in 2008.  All sixteen provinces will be in action in this five day event.

SWD was also host of the National U/13 week (2006) and U/19 National Girls weeks in 2007 and 2012.   The CEO of SWD Cricket, Albertus Kennedy, this week said that they are keen and enthusiastic to again host a successful event.  “Venue preparation will again be our main focus but we have plans in place to make sure that playing facilities will be in an adequate condition”, he said.