The South Western Districts (SWD) Eagles have played an excellent season in the Vodacom Cup and now are bearing down on the GWK Griquas in Kimberley for the quarter finals of the tournament. 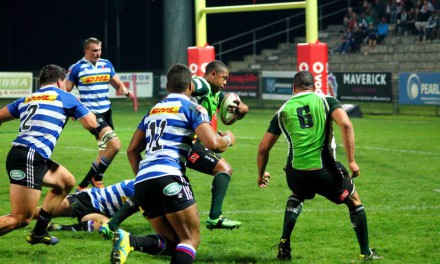 Last Friday saw an exciting end to the competition where the Eagles won against DHL Western Province by 23-14 on home turf at Outeniqua Park in George.  The home team dominated the game and the Capetonians were upstaged giving the Eagles a famous win. 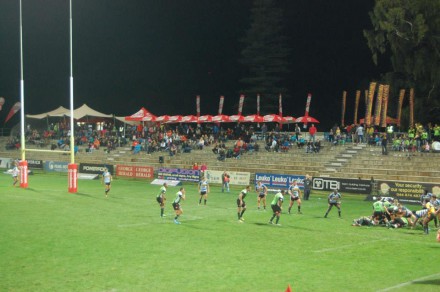 “It was the best I have seen in a long time,” says SWD Head Coach, Bevin Fortuin. “The guys gave it their all and I was very proud of them.”

“We have improved a lot this season. Last year did not go so well for us but this year the guys have really come together and we have won 5 out of 7 matches and are now heading for the quarter finals.”

As South Africa’s premier rugby development tournament, the Vodacom Cup helps to nurture talent and grow our future stars. “We have used the tournament to build momentum towards the Absa Currie Cup play-offs and we will be also be playing the Griquas there, so this is good preparation for us,” adds Fortuin.

“The whole team is really playing well. We also have winger Alshaun Bock on our side who has been fantastic and has scored six tries in three games.”

“The Griquas are always a tough nut and it will be a good old battle, but we are looking forward and the team is up for it – they guys are playing at a higher level and it will be a great match,” concludes Fortuin. 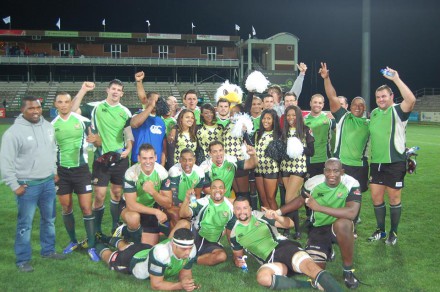 About the Vodacom Cup:

The Vodacom Cup is South Africa’s premier development tournament and is celebrating its 17th year since its inception in 1998. The tagline remains “Tjovitjo” which means “It’s all good” – an apt description for a tournament whose mandate is to unearth the future stars of South African rugby and in doing so, provide opportunity where there previously was none.

For further information about Vodacom Cup and its players, go to www.sarugby.co.za