South African rock outfit Prime Circle are back with a bang and will soon be setting off on a 30-date European tour to promote their eagerly awaited new album. 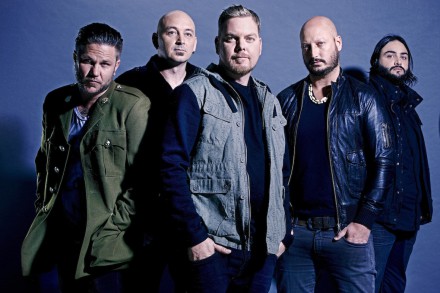 The multi award-winning band have been hard at work in studio for the past several months, writing and recording their sixth album, Let the Night In. Now, they are back doing what they love best: performing for their growing army of fans around the world.

Prime Circle confirmed this week that they have been in talks with European promoters to perform a number of gigs in support of the new album, which is being released on 13 June 2014.

Their two-part European tour kicks off in Amsterdam on 27 June 2014 and continues in October. It will include several performances in leading music venues across Germany, the Netherlands, the United Kingdom and Belgium – and, for the first time, concerts in France and Spain.

In addition to opening for top bands such as 3 Doors Down and Seether in the rock capitals of the world, they have been consistently gigging in countries such as Germany – making inroads into new markets while consolidating their existing fanbase.

“We’re really excited about heading back to Europe to launch the new album,” says singer-songwriter Ross Learmonth. “Securing this massive international tour means that all hard yards we have put in overseas are truly paying off.

“We’ve been steadily building our support base across Europe and can’t wait to introduce our brand-new songs to our fans. They’re going to be blown away!”

After 13 years of making waves as South Africa’s most successful rock act, the five-piece is back with Let the Night In, a new studio album infused with fresh creative energy.