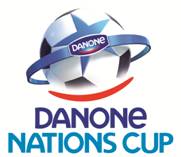 27 May 2014 Western Cape is the next province to hold their under-12 Danone Nations Cup provincial finals with six district champions gathering at the Beaufort West rugby stadium on 31st May, kick-off at 10am.  The winning team will earn the right to go to Boksburg on the 28th June to play for the national title. The ultimate winner will be heading to Brazil later in the year to play in the World Finals.

For Teske Memorial Primary School of Beaufort West, who will represent the Karoo district at the Western Cape provincial finals on Saturday, going through to the next round is even sweeter after they defeated the reigning champions, AH Barnard Primary School.

“In 2013 we got knocked out by AH Barnard in the regional final, so beating them was our first highlight in this year’s tournament,” said coach, Lowellen Appies.  “We have played 14 games to date and have lost just one. The boys have definitely improved in their performance, passing skills and in their goal scoring. This year the team is determined and we are hoping that come Saturday, we will be the school to represent the Western Cape at the National Finals.”

According to Appies, the 2014 Teske team is an experienced one. “We have 8 of last year’s players back,” he said, “and they have taken the new players under their wing, showing them the ropes and teaching them a few things about this tournament.”

Appies said it’s difficult to formulate a strategy when you don’t know who your competition is going to be. “I try to familiarise the team with possible different situations, I make them play against taller opponents that are older so that they get used to competing against tough teams. We don’t know where other teams’ strengths lie, so we have to prepare for the worst possible situation,” he said.

Explains Appies:  “Every year the competition gets tougher and every year teams change as players progress to higher grades, so the playing field is level.  This make the Danone Nations Cup that much more exciting. I know that I have an excellent and confident team this year who have responded well to different formations of play and I can see a great improvement over the past couple of months so we are ready for Saturday,”

Appies is well-qualified for his role as coach. He has a level 1 introductory qualification and a FIFA grass roots instructor course. “I have attended a few coaching clinics that have enhanced my coaching skills. I also coach the school’s girl soccer teams, I am a diverse coach that relates well with different age groups be it males or females,” he said.

Teske will also have home ground advantage and says the entire school is behind the team and they have also visited the local schools and clubs in the area to drum up support for Saturday’s show down.

Teams that will be playing in the provincial final on Saturday: