The versatile, Ross McMillan, who was the top run scorer in the Cricket South Africa Twenty20 competition the past season, was awarded as the CSA Twenty20 player of the Season in the CSA Provincial Competition for 2013/14. The 30 year old McMillan, who is also the SWD provincial captain, received this prestigious award at the KFC Cricket South Africa Amateur Awards Breakfast Function that was held at the Killarney Country Club in Johannesburg. 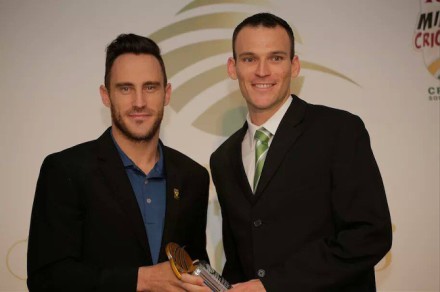 McMillan who aggregated 324 runs in six at an incredible average of 108 also made three half centuries. He was also awarded in April with the Standard Bank Trophy as SWD Senior Player of the Season at the SWD Awards Function in Oudtshoorn.

The SWD Cricket Board President, Rudy Claassen, congratulated McMillan with his achievement and complimented him for his professional conduct and dedication towards SWD Cricket.