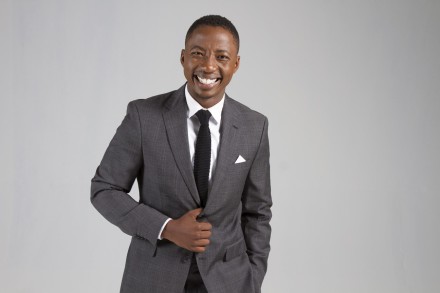 5th June 2014: He’s a South African entertainment powerhouse and now Andile Ncube has been announced as the host of the first The X Factor South Africa, which makes its highly anticipated debut on SABC1 on Saturday, September 6 at 6pm.

The talented and versatile Ncube began his TV career on the SABC1 music show One which he helped transform into the channel’s flagship music show. Later, as one of the show’s executive producers, he oversaw the process of transforming it into the successful,  LIVE.

His passion for sport – Andile was once part of the Ajax football academy – saw him moving into sports presentation hosting shows such as Soccerzone and Soccer 411.

Meanwhile open auditions for The X Factor SA start on Saturday (June 7) in Durban before moving to cities around the country including Cape Town, Johannesburg, Bloemfontein, Polokwane, Nelspruit and Maritzburg.

Those who wish to try out can pre-register online on http://xfactor.sabc1.co.za/pre_reg.php (which fast tracks your registration) or arrive at one of the audition centres on the day and register then.  Anyone aged 16 and older can enter.  Soloists and groups are welcome but no bands are allowed. For those who cannot get to one of the open auditions they can audition online by visiting the X Factor website and downloading a video clip of themselves singing.

Ncube is delighted to be able to be hosting The X Factor SA: “I will be guiding both contestants and viewers through all of the ups and downs of this thrilling show. I will be offering contestants support and encouragement along the way – from their first auditions in front of the judges through to the nail-biting live shows. Of course, I will also try and keep the judges in check!”

Says Zandile Nkonyeni, ‎Head of PR: SABC TV Channels: “SABC 1 is delighted that South African audiences will now get their own home grown version of what has been a phenomenon around the world. The UK version uncovered stars such as Leona Lewis and One Direction and propelled them onto a global stage. We are looking forward to showcasing our own talent who are waiting to be discovered and for us, no one is better fitted for the job  than Andile Ncube – who will bear witness to the contestants on their journey to stardom, and drive the show like the most seasoned host he is.”