For the last couple of days I have been feeling really lousy. I have been battling a nasty cold. I have a sore throat, a fever second to none and I haven’t bothered to shave for over a week. To be honest I dreaded the beach clean up today. I would have preferred to stay in bed so I could go on a pity party. However, I had made the commitment and was not prepared to be a part of the general public apathy of which I have come to despise.

I dragged myself out of bed, headed off to Hout Bay and, armed with a roll of black bags, hoped to find at least a few other people doing their good deed for the day. Having grown up on the Garden Route I find the state of Cape Town’s beaches to be extremely shocking and expected to find numerous people involved in what was advertised as a massive clean up operation. I was sorely disappointed to find no-one but tried to console myself with the knowledge that other beach clean ups were taking place across the peninsula and perhaps the good people of Cape Town had occupied themselves elsewhere.

Hout Bay beach is not particularly large. It is maybe a little bigger than Herolds Bay but for one person to clean the entire strip alone is quite a challenge. I decided to concentrate my efforts where they would have the most impact. By taking the general wind direction into account, I managed to discover the far left section of the beach was where most of the litter had accumulated. And boy oh boy had it accumulated. 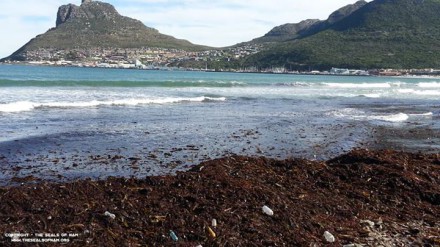 I got stuck in much to the amusement of two ladies employed by the City of Cape Town to maintain the public toilets. They were watching me with great interest and as I finished filling the first bag the one asked “Wat maak jy?” (What are you doing?) “Ek tel die vullis op mevrou.” I replied. (I am picking up the litter, ma’am) She laughed, crumpled up her lunch wrapper and tossed it in my general direction with the words “Julle whities is f*kken mal.” (You white people are f*cking crazy.)

At this point I was ready to explode. I had to forcibly bite my tongue to stop myself from venting several months of pent up fury on her. Instead I glared at her for several seconds and very slowly and deliberately bent over, picked up her wrapper and popped it in the bag with a “Dankie Mevrou. Ek waardeer jou orweging.” (Thank you ma’am. I appreciate your consideration.)

I turned my back and decided to ignore the ignorant racist and her banal sidekick. I had a beach to clean. I was half way through filling the second bag and admittedly was still fuming over the incident when a little angel appeared. She must have been around six or seven. “Excuse me” she said. “Do you mind if my sister and I help you?” I was gob smacked and it took several seconds for me to recover. “Er… ja sure. That would be great! Thank you! Uhm… here’s a black bag. You guys are the best!”

Here is where it gets interesting. As I continued to fill my bag I kept an eye on the two young girls. They were leading by example. Several other young couples with toddlers were all paying attention to these two. It wasn’t long before they came scampering back with a bag filled to the brim with empty plastic bottles, bits of rope, sweet wrappers etc. “Sorry. We have to go now.” she said. “And this is our dad.” Dad and I made polite small talk and it turned out he is a teacher from one of the local schools. He was very interested in all I had to say about the beach clean up and in particular my interest in Cape Fur seals. We exchanged details and it looks like I will be giving another school talk to the next generation in the very near future. So bonus there!

Once they had left I carried on picking up various bits of debris. I was feeling quite chuffed with life by now. I had picked up a vast quantity of box strapping and several loops of fishing twine. These are two of the most common items of marine debris which result in seals becoming entangled. The ghastly stuff gets caught around the animals necks and results in deep painful cuts. It may lead to severe infection or it can inhibit the animals ability to hunt. This may lead to starvation or even drowning. By removing it from the beach I do believe I may have saved at least one seal from a nasty experience. I feel really good about this. I also know that the majority of box strapping comes directly from the fishing industry and it is they who bemoan seals for eating their catch who are guilty of causing untold damage to the environment and our wildlife heritage. They should be ashamed of themselves. I decided to take some of the twine home to measure its length.

I had been picking up trash for just under an hour and was on bag number 5 when a jogger ran past. “Thanks for doing this dude” he shouted. “No worries bud.” I replied. I turned around to find a wee man of maybe three years old in front of me. “Hello” I said. He just looked at me. Then he held out his hand and in it was a few sweet wrappers. “WOW!” I said. “Thank you young man. You are a star!” In the bag they went and he ran back to his father. The next thing I had AN ARMY OF TODDLERS BRINGING ME TRASH!!! I kid you not! One after another these little people kept running up to me, some with empty plastic bottles, some with pieces of rope, some even carrying lengths of kelp (bless their dear hearts) They had been watching the two girls helping me earlier and now saw the opportunity to lend their expertise. I was delighted! I get goosebumps just thinking about it.

Anyway the day was getting on and since I was in the area I decided to pop down to Seal Alert and see if Francois Hugo was around. Unfortunately he wasn’t in so I took the opportunity to take some pics of the seals in the harbour. There weren’t that many around today. Probably out foraging. Then, much to my delight, I came across this large male. I have spotted him several times before and today got the uncanny feeling that he recognises me too. Today he was in the mood for posing. As you can see he is also the victim of entanglement though I do believe in this case the marine debris around his neck was removed by Francois

I took the scenic route home. From Hout Bay past Llandudno. Amazing spectacular views. Down to Camps Bay, the Twelve Apostles. Onwards to Three Anchor Bay, Sea Point Green Point etc. I was going to stop off at the V & A Waterfront to take pics of more seals as part of the monitoring program we are busy with but my petrol was running dangerously low. 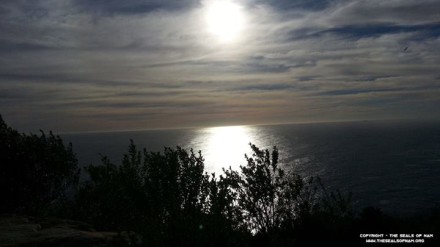 And then all too soon the day was over. I was back where I started but still had a length of fishing twine to measure. Without a doubt the property of a careless fishing vessel and it stinks to high heaven of fish. Rough estimate puts this at a total of 32 meters. Had it remained on the beach it would undoubtedly have gotten tangled up on a gulls foot, a seals neck or even killed a dolphin. 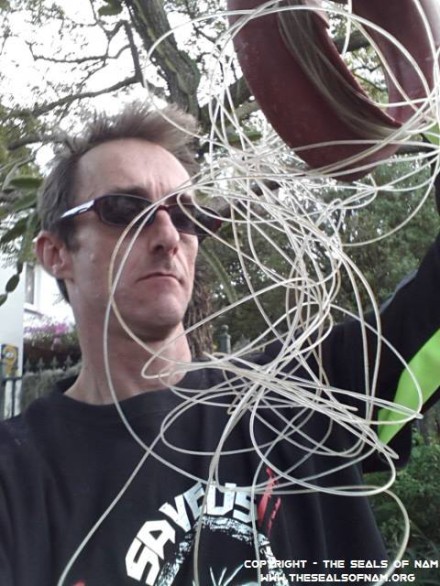 I am glad I got out of bed today. My fever has broken. My throat is no longer sore and I have reason to feel good.

Thanks for reading and thanks to all the people who took part in the various beach clean ups around Cape Town today. See you next time!