The South Western Districts Cricket Board held its annual Schools Cricket Indaba on Saturday, 07th June 2014. It was well attended by forty five delegates representing different schools from across the SWD region. The points that were discussed included leagues, player development, coaching, status of girls cricket, high performance and elite programs and the status of schools cricket in general. 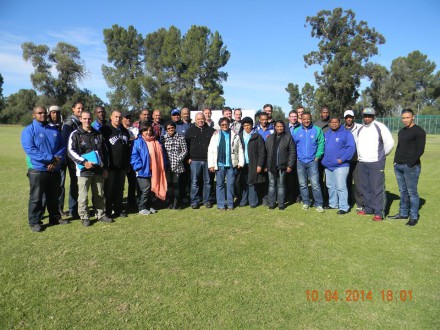 Schools were offered the platform to give their inputs and recommendations with regards to the above mentioned discussion points and those in turn will be forwarded to the Schools Committee for approval.

According to Mr Johan Weyers, Amateur Manager of the SWD Cricket Board, the day proved to be productive with all the delegates satisfied with the sequence of events and will await the outcomes of the Schools Committee meeting.

The confirmed dates of Cricket South African Annual Tournament in December are: