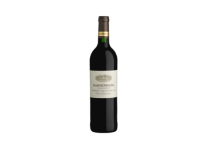 Hartenberg Wine Estate has continued its winning streak having been awarded The International Trophy for Best Bordeaux Varietals (under £15) entered at the 2014 Decanter World Wine Awards (DWWA). A Gold medal was also awarded to The Stork Shiraz 2010. The results were announced at an awards event held on the eve of 24 June in London.

The DWWA is the world’s largest wine industry competition with representation from wine countries across the globe. This year the 17 member-strong panel, judging the South African wines, was chaired by Lynne Sherriff MW and was made up by a team of influential judges from across the wine industry. The International Trophy taste-off was presided over by Competition Chairman Steven Spurrier, who was joined by the vice-Chair Gerard Basset OBE MS MW, and three Regional Chairs.

When the Hartenberg Cabernet 2010 was awarded a Gold medal in the main tasting it was re-tasted against other Gold medals in the same category from South Africa where it was awarded the DWWA Regional Trophy. It then was re-tasted against other countries’ Regional Trophy winners, again in the same category from around the wine world to ultimately determine its status as one of the 2014 DWWA International Trophy winners.

In addition to this international award the Cabernet Sauvignon 2010 collected a Veritas Gold medal last year. The tasting panel described the Cabernet Sauvignon 2010 as: “bursting with cassis, dark berries and plums, with plenty of fruit sweetness, a wine with no hard edges and a world away from some of leafy, green Bordeaux blends at this price level. Cedar notes on the nose lead to a rounded, smooth palate, with sweet tobacco, vanilla, spicy oak and genteel hedgerow touches.”

The perfect wine to enjoy during the cold winter months on its own or with hearty comfort food such as rich casseroles, springbok fillet and other venison dishes or beef fillet. This award-winning wine is available directly from the cellar at R125 per bottle.