The pinnacle of schoolboy rugby is upon us, yes folks its the 51st annual Coca-Cola Craven Week, the place where heroes are made! We give you an in-depth preview of what’s to come at HTS Middelburg from 13 – 19 July. 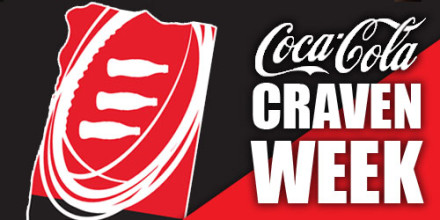 The Craven Week brings together the cream of the crop in schoolboy rugby for five days of scintillating running rugby. These are the stars of the future and many a Springbok started their journey to the green and gold at Craven Week.

Western Province have already be crowned ‘champions’ of the Coca-Cola U13 Craven Week, U16 Grant Khomo& U18 Academy Week in 2014 and will be looking to make a clean sweep at the Craven Week next week. However, they have big boots to fill if they are to emulate Rikus Bothma’s crew from 2013. Western Province’sall-conquering Craven Week team last year featured no less than seven players in the SA Schools team. You can find out more about the Province team by reading Tony Stoops’ article on the 2014 team.

Once again, Western Province will be one of the favourites this year to ‘win’ the Craven Week. The other teams contending for the number one spot will be Free State, KZN, Golden Lions, Eastern Province and Border. You can have your say on which team you think will be making all the headlines by voting on our Craven Week poll.

With all that said, the main focus of many keen onlookers will be the SA Schools side that is selected at the end of the week. None of last years crop remain in the system for 2014 which means we will have an entirely new SA Schools team to face England, Wales and France in the SARU U18 International Series in August. The selectors would have already cast an eye of the lads at the Academy Week, however their choices at the end of the Craven Week will come under severe scrutiny from the many experts (arm chair and other) from around the country.

The fixtures for the opening two days of the U18 Coca-Cola Craven Week have been announced with the remaining two days’ fixtures being announced at the end of each day’s play on a strength vs strength basis.