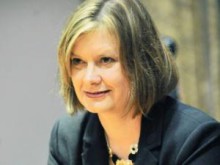 It gives me great pleasure today to announce that, after careful deliberation with the Western Cape Education Department, and in consultation with School Governing Body Associations and Educator Unions, the number of teaching posts in the Western Cape is set to increase significantly next year.

Every year, the MEC responsible for Education in a province must determine the educator post establishment of the provincial education department. In other words, I must, on advice from the Provincial Education Department, decide how many teaching posts the department can afford in terms of its budget allocation.

When determining the number of posts, I had to take into account the following:

The basket of previous years:

While providing quality education is a priority for this Government, I remained fully aware during this process of the financial implications that any increase to the post basket would bring.

It would be financially irresponsible for any Provincial Education Minister or Department to commit to an increase in posts when it is not financially sustainable.

In previous years, the Department did not always have the financial resources to create additional teacher posts. For instance, in 2011, the number of educator posts had to be reduced as a result of the financial climate at the time, a large increase in educator salaries arising from the implementation of OSD and general inflation.

The Department simply could not afford to simultaneously increase salaries and increase the number of posts; therefore a decision to reduce the posts was necessary to ensure sound financial management.

Since then, there have been some increases in the basket of posts despite very difficult financial circumstances:

Earlier this year, my predecessor Minister Donald Grant made the unusual announcement that the basket of posts was set to increase within the school year. This was widely welcomed. In his budget speech he announced an increase of an additional 100 Foundation Phase posts in the system due to savings and efficient management.

After various consultations, calculations and forecasting, the WCED have approached me to determine the number of additional posts for the 2015 school year.

I am delighted to announce that we will be able to increase in a sustainable manner the number of new educator posts to 32 033 in 2015 – a further increase of 676 posts as compared to the adjusted allocation this year.

If we compare these figures to the basket as agreed to the same time last year, the number of posts will have increased by 902 within one year. Therefore, at the start of the 2015 school year, there will be 902 more educators than in January 2014.

The projected teacher to learner ratio is expected to be 34:1 based on projected learner numbers for 2015. This is the lowest it has been in the last ten years which an exceptional achievement given the financial climate and the level of inward migration over the last few years.

Please note that this average does also not include office based educators, educators in excess, substitute educators and educators at special needs schools. (If this was included the ratio would be lower)

As this is an average, it does not mean that this will be the ratio in every school.

The increase in educator posts for the 2015 basket is unprecedented and I would like to thank the Western Cape Education Department for making this increase possible. The additional  teaching posts for schools in 2015 is a testimony to how good management and planning can be applied to ensure that we achieve our overarching objective of providing a quality education to all the learners of the Western Cape, and a pleasant teaching environment for our teachers.

I would also like to thank all the organisations that participated in the process. Their input has helped to achieve a very favorable outcome, in a financially sound and sustainable manner.

The WCED, in consultation with educator unions and school governing body associations, will now determine where each of the additional posts will be allocated.

I look forward to a favourable outcome in this regard, also taking into account our three strategic goals of improved language and mathematics results in schools, the improvement in the number (retention) and quality of passes in the NSC, and the reduction in the number of underperforming schools.