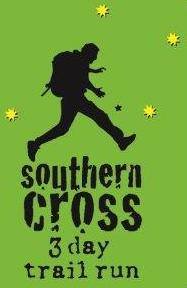 The afb Southern Cross Trail Run takes place in one of South Africas’ hotspots for holiday destinations and serene outdoor vista’s. Where towering mountains and thick indigenous forest meet azure blue oceans teaming with sea life and rolling breakers. This is the Garden Route of South Africa and surely one of the premium locations for this trail running extravaganza. Race organizer’s Hano and Sonja Otto, from TriSport, with decades of experience between them in race organizing proudly boast this as their flagship event. Very few who have completed or have been involved in the event would venture to disagree with them.

Numerous reasons make up for the success of this race with the main being that of the diversity of terrains it allows runners to experience. Having researched the area extensively, as well as living nearby, it was decided to create a multistage 3 – day race offering runners the best of three diverse terrains.

Race central is one of the least known SANPark gems in the form of the Ebb and Flow rest camp in Wilderness. The park is one of the triumvirate of Garden Route National Parks on offer in the area made up of: Knysna, Tsitsikamma and Wilderness. Having all the comforts of warm accommodation, hot showers and the cool tannin-stained waters of the neighbouring Touw River runners will be happy to return each day after competing the route.

Day one showcases the surrounding Outeniqua Mountains loosely translated as ‘they who bare honey’ and are often described as breath taking. In this case however, runners will be left breathless due to the continual climbs and descends through the Protea-strewn terrain. As for the honey that will come at the finish line after 29 kilometres of thrilling single track and panoramic views toward the distant ocean.

Day two offers runners some one-on-one time with some of the only indigenous yellowwood forest our country has to offer. Light-dappled single track, meandering through thick bush over numerous rivulets and the eerie rasping call of the Knysna Tauraco (Loerie) guide you through the 30-kilometre route. Not as hilly as the first day but the legs will start to feel the accumulating distance.

The final day leaves the hills and forest behind giving runners the chance to get up close and personal with some of the best sandy beaches, bouldered bays and river crossings the Garden Route has to offer. Following the famous Outeniqua Choo Tjoe train route from George to Knysna it guarantees a unique perspective of the area after which a three-kilometre beach section adds to the accumulated pain in the legs. Finally runners head inland along the shore of the Touw River and back to the finish line for the ultimate handing over of a revered SOX medal to courageous finishers. Day Two also offers individual runners an opportunity to do either the 30km forest route or a shorter 10-kilometre distance for the trail running virgins.

Multi-stage trail runs are not uncommon in South Africa with many offering pristine terrain, yet one that offers a three-course buffet to titillate the senses and nourish the soul with scenery are not common. This is a flagship event for good reason and the only way to truly experience it…  is to do it. Simply put, this will knock your SOX off.