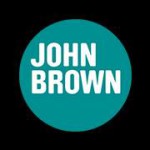 John Brown Media has announced the launch of the John Brown Bursary scheme for the 2015 academic year. In keeping with their commitment to skills development and further education, John Brown Media will be awarding 40 tertiary bursaries to previously disadvantaged South Africans.

The shortage of skills in the media space, both in print and digital, is a very real focus for John Brown Media, who is proud to be tackling the issue head on.

“We have a commitment and passion to be a company with meaning and impact, and this is one the the ways we’re showing it. We’re excited to give learners the chance to focus on their studies, without the stress of a financial burden,” says Lani Carstens, MD of John Brown Media. “Education should not be a luxury, but for many South Africans it is. We want to change that, or at the very least, give some freedom to those who are serious about learning.”

John Brown Media has already awarded two of the 40 bursaries, and what better place to start than with the families of their own staff.Sharne Dunn (18) was the first recipient of a John Brown Media bursary, and will be continuing her studies at Stellenbosch University next year. Her mother, Michelle Dunn, is a senior sales executive with John Brown Media. “What a fantastic start to a young adult’s tertiary education. As a family, we’re thrilled John Brown Media awarded this bursary to Sharne – it will open up so many opportunities to her.”

Brogan Dietrich (19) is a first year student at UCT and has also been awarded a bursary. She’s the daughter of Estelle Dietrich, an advertising manager at John Brown Media, and thanks to her bursary, she’ll be completing her degree in 2016.

Bursaries will be granted in the following field of studies: journalism, media studies, multimedia, graphic and web design, computer science, finance, human resources and brand communications. South African citizen students who are in their second or third year, or who are continuing their studies into an honours programme are eligible to apply.

For learners with excellent academic results, outstanding written and verbal communication skills, a burning passion for their field and who have unstoppable ambition and diligence, the applications for the John Brown Bursary are open.