Multi award-winning rock group Prime Circle are launching their sixth studio album to their South African fans in spectacular style this July and August, with a nationwide arena tour that promises to pull out all the entertainment stops. 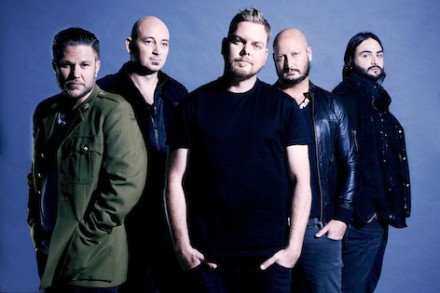 The five-date Let the Night In concert tour kicks off at the Montecasino Teatro for two nights on 18 and 19 July, then on to Bloemfontein’s Sand du Plessis Theatre on 31 July and 1 August, before ending at Cape Town’s Grand Arena on 9 August. Durban date to be announced.

The Let the Night In South African tour – which hits the country soon after Prime Circle wrap up the first leg of their 30-date European tour – is set to showcase the band at its spellbinding best, with a strong visual component complementing the kick-ass music.

Designed and overseen by the members of Prime Circle themselves, these concerts in the country’s state-of-the-art concert venues will feature massive stages, out-of-this-world lighting and mammoth sound.

The emphasis is on delivering a spectacular, quality live music experience to their fans, explains frontman and singer-songwriter Ross Learmonth.

“This will be our biggest venues tour of South Africa – our very first stand-alone arena tour,” he says. “We’re all super-amped about it. Audiences can expect an explosion of feeling and visuals – it’s going to be totally over the top. Each concert is going to be an event, rather than just a show!”

Local fans will be among the first to see Prime Circle performing hot-off-the-presses tracks from their stylistically adventurous new album, Let the Night In – including the first radio single, Gone.

Plus, they’ll be playing all the hits that South Africans know so well, which have helped elevate Prime Circle to the position of the country’s premier rock act in the 13 years since their inception.

Don’t miss out on this golden opportunity to see Prime Circle on their dedicated Let the Night In arena tour this winter – live, loud and ready to blow your mind in grand style!