The South Western Districts Cricket Board confirmed the appointment of Deon Smith as head coach of the senior team for the 2014/15 season. Smith, who had a stint of three seasons between 2006-2009, was SWD’s first full time coach when SWD entered the first class arena. He was at the helm in the 2007/08 season when SWD advanced to the semi-final’s of the CSA Provincial One Day competition and also knocked over powerhouses such as Eastern Province and KwaZulu Natal.

Smith, who played first class cricket for Boland, also coached the Boland at first class level is excited about the new challenge. “I am thankful for the opportunity and am confident that with the core of talented players we can reach new heights”. Smith started his preparations this week and he will have just over two months to prepare his troops for their first match in the CSA Provincial Competition when they will face Northerns at the REC in Oudtshoorn from 9-12 October 2014.

In his response SWD Cricket Board president, Rudy Claassen, said that the appointment of Smith was unanimous and that and the Executive Committee has put a vote of confidence in Smith’s abilities as a coach to achieve the desired results. 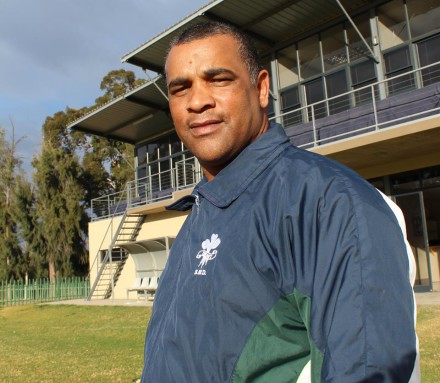