SASCOC recently announced their final youth team that will compete at the 2nd Summer Youth Olympic Games in Nanjing, China from 16 – 28 August 2014. 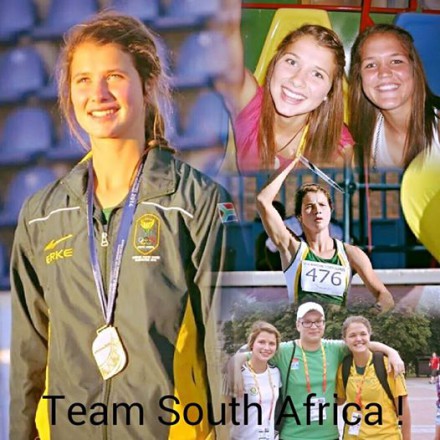 South Africa will be represented by 54 athletes in 14 sporting codes, ranging from athletics to wrestling.  The 2nd African Youth Games held in Gaborone, Botswana, in May served as final qualification event.  All athletes that won their events received automatic qualification.

The following athletes were selected:

Jo-Ané left yesterday to Johannesburg where she will attend a camp before their departure to China.  The javelin final is scheduled for 25 August 2014.

We wish Jo-Ané all the best with her preparation and participation.  We are confident in her and know she will make us and South Africa very proud.

For more information kindly contact Michélle Jacobsz at the ASWD Office at 044-8730023.