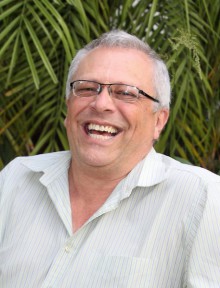 Tourism in South Africa is – correctly – angry. But it’s not enough: the country needs to share our anger, because the behaviour of Home Affairs Minister Malusi Gigaba over our new immigration regulations points to a far deeper problem.

One that concerns most of the world.

According to the Tourism Business Council (in a media release published on the 2nd of July), such regulations “should enhance rather than hamper travel and tourism.”

We all appreciate that the regulations were created to minimise child trafficking, and as the TBCSA’s CEO, Mmatšatši Ramawela, said, “We acknowledge, at the outset, the prerogative and duty of the Department of Home Affairs to protect our boarders and to tackle issues around trafficking of people and, especially, children. Our concern is that two specific regulations, namely the new requirement for an unabridged birth certificate for minors, as well as the provision for in-person collection of biometric data, will have a significant detrimental impact on tourism not only to South Africa, but also to the neighbouring countries whose tourism activities are linked to South Africa.”

The thing is, of course, that criminals don’t give a damn about regulations: law-abiding people do. And the easiest way to prevent yourself from breaking a country’s laws is to stay away from that country. Which, in South Africa’s case, thousands will now do.

But that’s not the point I want to make.

Two articles this week that you need to read. One about Malusi Gigaba’s response to the tourism channel over our concerns regarding the regulations; and one – prompted by what’s happening in Ferguson, in Missouri in the USA – about the death of constitutional democracies around the world.

Here the minister is quoted as saying “With regard to immigration regulations, I think when people are finished with complaining, they must comply. Let me be very clear about this… there is absolutely no way that we are going to change these regulations.”

So basically: Piss off. This government is doing what it wants, and it’s doing it its own way, whether you, or the international community, or the citizens of this country approve or no. And to hell with your so-called consequences. (Um. Didn’t we hear that song on the 15th of August, 1985?  Matter of a river we were refusing to cross or something like that?)

Naturally, since it concerns us, various (most? all?) bodies that represent tourism in South Africa have been trying to talk to Minister Gigaba, but it seems he’s not interested  – even though, according to Ms. Reed, “Speaking to Tourism Update, Mayihlome Tshwete, Department of Home Affairs Spokesperson, said the industry could engage with DHA through a number of channels. ‘It can engage directly with us, or it can engage with the Tourism Department,’ he said.

“According to Tshwete, this could be carried out by writing a letter or requesting a meeting. ‘They should send the minister an email and ask for it, said Tshwete. The minister’s email address is published on DHA’s website as minister@dha.gov.za’.”

… But by all accounts Minister Gigaba isn’t very good at responding. To anything.

Take this exchange between columnist Chris Barron, and the chairman of the Board of Airline Representatives of South Africa, Simon Newton-Smith, in last week’s Sunday Times (which you’ll have to access via travelbuyer.co.za, since The Times choses to hide this kind of thing behind a pay-wall):

“SN: Because, frankly, the official channels, diplomatic channels, have not been working. There have been multiple approaches and each has received no response. So we had to find a different way of starting a conversation.”

By now you are, of course, as impressed as I am with the minister’s supreme talent for stonewalling, so let’s move on to that second piece that I wanted to bring to your attention: “Can Democracy Survive?” by Umair Haque* in his blog on Medium
on August 19th.

Basically, Mr. Haque’s saying that constitutional democracies like ours are failing – that the idea no longer works, “Because it has few defenders left… the thugs and men with guns have simply stormed in, and taken it away.”

“Let’s call them Dismocracies, for now. For many of today’s regimes pretend to appear Democracies. To gain access to the world markets, to gain legitimacy in the world’s eyes, to gain favorable terms of trade. But they are precisely the negation of Constitutional Democracy. They are sophisticated social machines which funnel prosperity from the bottom, to the top.

“What makes Dismocracies different? In these new regimes, people do not enjoy rights. The rich enjoy privileges; the poor bear burdens. Why? Because ‘growth’ must be achieved at any cost – even if it means, paradoxically enough, impoverishing people.”

And there, in that last sentence, is everything that we in tourism – and everyone in South Africa – should be worrying about when Minister Malusi Gigaba behaves the way he’s been behaving this year.

When the rulers refuse to hear the people.

When the rulers refuse to hear the people.

*Umair Haque is the author of ‘Betterness: Economics for Humans’ and ‘The New Capitalist Manifesto: Building a Disruptively Better Business.’ He’s a contributor to the Harvard Business Review, and he was ranked 35th in Thinkers50’s list of the world’s most influential management thinkers in 2013. (Follow him on Twitter: @umairh – I do – and read his other blog posts on Medium. You’ll thank me.)

Now go away on holiday. It’s in the country’s best interest.

And have a great tourism week!