The Cape Town Folk & Acoustic Music Festival organisers, together with Music Experience ran a competition to give new talent a chance to showcase what they`ve got to stand a chance to win the opening slot at this year`s Cape Town Folk n Acoustic Festival at the Baxter on Sat 30 August. The winner Josh Prinsloo, also known as Fruit Vendor also won an Alvarez guitar from Music Experience atthe finals last night. There were more than 50 entries. Organiser Gavin Minter commented on why Fruit Vendor was chosen as the winner: “He brought something totally new and fresh to the table, unlike anything else we have heard before. He included a folky spoken word element that really impressed us.” Minter also added that the standard was so high that they have decided to also include the two runners up Jennifer Eaves and Hatchetman in the opening line up for the event.The judges at the finals were Farryl Purkiss, Mark Fransman and Gavin Minter. 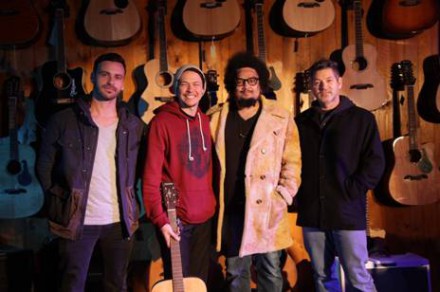 This will be the 6th installment of TheSedgwick’s Old Brown Cape Town Folk ‘n Acoustic Music Festival!  Some of SA`s top artists will perform completely acoustically in an intimate, concert-style setting. These performances will be delivered in the form of  collaborations and stripped down to the essence of the songs. The evening is set to be an experience of the finest musical storytelling from the personal journeys of some of South Africa’s best songwriters and musicians. The artists include:

Farryl Purkiss / Digby and the Lullaby 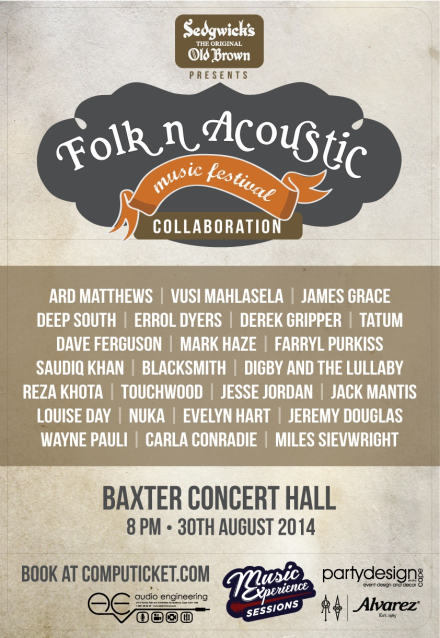