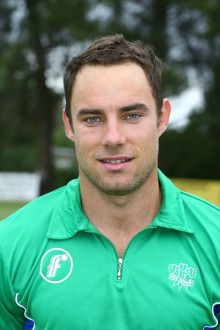 The 29-year old Addicot who also represented the KZN Dolphins spent two seasons with SWD. In 62 first class matches he scored 9 centuries and 22 fifties with a career average of 38.13.

His highest score was 145 for SWD versus the Gauteng Strikers at Oudtshoorn in the 2012/13 season. He also played 51 List A matches scoring a century and 11 half-centuries.

In 13 T20 matches he have a strike rate of a-run-a-ball. Our best wishes accompanies him for the future.