Award winning South African band The Parlotones will perform at the Old Mutual Music in the Gardens series at the Pretoria Botanical Gardens on September 14. This will be the group’s first performance since lead singer Kahn Morbee’s operation. 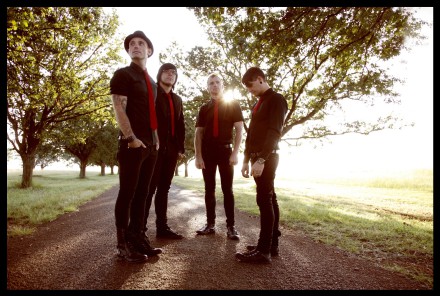 Morbee recently had polyps removed from his vocal chords. “We have the month of August off while Kahn recovers from his operation but we are very excited to be playing again,” says guitarist Paul Hodgson.

“We are thrilled to have the Parlotones take to the stage at the Old Mutual Music In the Gardens series. They’ve made tremendous strides in the music business. Their hard work and dedication to their craft over the years is truly paying off. We are also delighted to celebrate the return of their lead singer, Kahn Morbee,” Says Bandile Mngoma, Old Mutual’s sponsorship manager.

Supporting this award winning quartet are up-and-comers, Naming James whose hit single, Whiskey & Gin, has recently been on local charts.

“We hope to see music-lovers and families come and relax with an afternoon of great entertainment in the company of these acts who will keep crowds entertained from start to finish,” Says Mngoma.

Gates to the Pretoria National Botanical Gardens open at 11h00 on Sunday, 14 September, with the music starting at 13h00.

Things you should know about the Old Mutual Music in the Gardens concerts:

• Arrive early, bring a picnic basket and blanket and choose a prime spot to unwind and enjoy the music
• Food and refreshments will be on sale at the venues
• A supervised kids’ zone offering a host of activities will keep the younger set busy at the Gardens
• The botanical gardens offer a variety of plants that concertgoers can explore to learn more about biodiversity
• Tickets are available in advance on the Old Mutual Music in the Gardens Facebook page or at the gardens themselves from R100. Tickets will cost R120 on the day
• Follow @OM_Concerts on Twitter for all the action on the day and ‘Like’ the Old Mutual Music in the Gardens page on Facebook for all the updates

For more on the Old Mutual Music in the Gardens music series, go to www.dogreatthings.co.za.