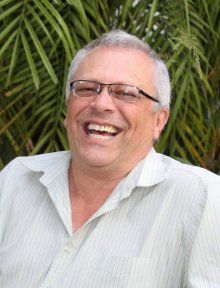 Three things:
1. Jargon is a private language that’s designed to exclude the people who aren’t in the know.
2. Everyone loves a tourist.
3. The industrial model of tourism is predicated on ‘othering.’ This has screwed up – and limits – the destination marketing organisation.

In her 2012 discussion paper, ‘Can tourism change its operating model? The necessity and inevitability,’ the founder of Conscious Travel, Anna Pollock made the point that tourism has three elements: place, hosts, and guests.

She goes on to argue that tourism needs to be humanised, that in an “alternative ecological, holistic model:”

Underlying Anna’s point is the fact that, in today’s global economy, everyone’s involved in tourism – and if you’ve attended any destination marketing organisation meeting anywhere in the world at any time over the last thirty years or so, you’ll have heard the chairperson say, “We need more members.”

It’s in that very phrase lies the cognitive dissonance that’s screwed our destination marketing organisations up: as an ‘industry’ we’ve set ourselves apart – yet we want everyone to support us. And then we wonder why the people and businesses who don’t deal directly with bums in beds or arses on seats don’t understand that they’re In Tourism.

Perhaps if we stopped thinking of tourism as the special needs kid of the economy, if we became inclusive, if we dropped the jargon – if we joined them, rather than expecting them to support us – things might change.

I’ve worked with Greg Vogt, the new CEO of Knysna Tourism (wait, we’ll get to the problem of that name in a moment), off and on for nearly twenty years, and during all twenty of them I’ve thought long and hard about DMOs. I’ve known all along that something was wrong with what they were doing, that they had a special needs child problem, but I’ve never really come up with a solution. So lemme say I was impressed when he shared his latest ideas with me earlier this week.

“The word ‘tourism’ has confused the task of achieving what we want in destination marketing,” he said.

“1. Marketing and development are seen as two separate functions rather than part of a whole; and

“2. The concept of membership of a tourism bureau has absolved businesses that don’t perceive themselves as being ‘in tourism’, from participating in destination marketing.”

Greg said that tourism businesses are businesses first and foremost – that they’re as much a part of the economy as any other – and he repeated the mantra that we all know: “All sectors benefit from tourism and therefore fall within the tourism system.”

The tourist dollar, “Permeates the entire economy,” thus benefitting all businesses at some point in the cycle.

“By labeling a business as a ‘tourism business’ or a sector as ‘the tourism industry,’ there has been a massive act of exclusion which has reduced opportunity.

“This exclusion or loss of opportunity might have been through ignorance – which might be a rather harsh statement, but evidence exists to motivate the claim.

“The role of membership of the tourism bureau takes exclusion a step further. It creates an information vacuum and a barrier to entry through creating the perception that ‘I am not in tourism, therefore I don’t benefit from tourism, and therefore I don’t contribute to tourism’.”

For this reason, said Greg, his organisation will “Challenge the concept of membership as we currently understand it, and rather invite all business to participate in the task of marketing the destination – after all, they’re already doing that.” (Obviously the association’s current members will have to buy into the new model, and adopt it through a formal voting process.)

But in order to do all of this, the company has to change its focus from being a basic provider of information, to becoming a service provider to the entire economy – which includes the local municipality as a major player. And to do that, it’ll need to change its name: from ‘Knysna Tourism’ to ‘Knysna and Partners.’ (A word to the wise, Greg: Drop the ‘and.’ It puts the ‘Knysna’ and the ‘Partners’ into two boxes, which is exactly the opposite of what you want. ‘Knysna Partners.’ Yes, Knysna Partners. That’ll do it.)

As a light, lithe, flexible organisation that spans all sectors, Knysna and Partners (Knysna Partners!) must position itself to facilitate “Initiatives and projects that incorporate principles of both development and marketing into one action, the one feeding into the other to create opportunity, jobs and capacity in a holistic manner.

“Through this, the barriers to entry and access information in general will be reduced,” said Greg, noting that, the approach has already increased opportunities that have always been out there.

“We’ve missed so many opportunities because of the ‘tourism’ blinkers we’ve been wearing.”

As an example Greg cited a discussion document recently circulated by the Western Cape’s MEC for Economic Opportunities, Alan Winde (see what they did there? His title used to be ‘MEC for Finance Economic, Development and Tourism’).

“The draft framework recognises the potential of the cycling niche,” said Greg. “It’s a wake-up call that’s caused destinations to get together – with ALL cyclists, departments, NGOs etc., suddenly talking to one another and learning each other’s languages.

“The Department of Transport sees cycling as a mode of transport, not as a sport. Trail riders see it as a sport, and tourism bureaux have always plodded along, promoting the same old routes, ad nauseam, decade after decade.

“Suddenly functioning systems are kicking in, and things are moving. People are working to cut more trails to encourage more interest; to create new tourist-friendly routes where visitors can hire bikes and explore the town as they do at home; to design events that include touring from one town to the next, etc., etc.”

And, of course, with cycling comes its support industries.

“There’s one example of a loss of opportunity right here in Knysna: a company that produces a product used by cyclists around the world. The company attends every cycle event to promote its product, and it exports it internationally – but if you were to ask them (or even any one of us) what business they’re in, neither they nor us would’ve said ‘tourism.’

“So none of us saw the opportunity.

“They market at four major international cycle expos in the USA and Europe, and their distributers place their product in cycle shops all over the world.

“If we were able to get the name “Knysna” to hitch a ride on each of their items, and if we could link a slogan to the name (Knysna, SA’s MTB heaven) we’d immediately arrive right in the market in which we need to be.

“This is simply one small example of an opportunity lost through a lack of common language, through exclusion created by the perception that you’re outside of tourism.”

Greg said that the concept of membership, “Increases expectations and reduces opportunity. It also reduces the perceived value of what an organisation does: ‘I pay my membership therefore I want bookings’ – and how often haven’t we heard the old saw ‘I cancelled my membership because I only got one booking from the tourism bureau’?

“This mindset has suffocated our thinking and puts pressure on tourism bureaux to settle in markets that we’ve labeled ‘tourist.’

“We’ve been packaging ourselves in this space, creating a blind spot where the rest of the business community has been waiting.

Greg said his new approach works because, “We’re doing more for the town in a multi-dimensional way.

“Participation towards a common goal will increase opportunities and create a general upward trend in sentiment.

“Simply put, we will do more business at many more levels.”

To get back to the language question: the ‘tourism web’ rather then the ‘tourism industry.’
It’s a metamorphosis that’s going to be interesting to watch.

Now go away on holiday. It’s in the economy’s best interest. And Have a great tourism week!