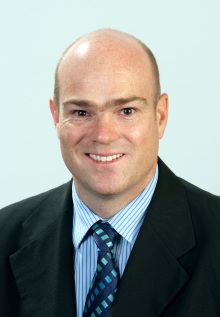 South Africa, like many countries around the world, has areas which suffer from urban decay.  0In 2003 the Urban Development Zone (UDZ) tax incentive was introduced under section 13quat of the Income Tax Act, 1962 to promote urban renewal in demarcated areas.  The UDZ incentive provides for an allowance for the taxpayer which when claimed, reduces his taxable income.  This deduction was initially only available until March 2014 but has now been extended to March 2020.

Any person who meets the requirements of section 13quat is eligible to claim the UDZ incentive. Firstly, the person must have erected, extended, added to or improved a commercial or residential building.  If only part of a building is erected, extended, added to or improved then the floor area must be at least 1,000m2 to qualify.  The person may, subject to certain requirements having been met, also qualify if the building was purchased from a developer who has not previously claimed the UDZ deduction.

The building in question must be located in a demarcated UDZ area.  The demarcated areas have been published in the Government Gazette and are available on the National Treasury website.  Furthermore, the building must be used by the taxpayer solely for the purpose of trade.  The deduction only commences once the building has been brought into use by the taxpayer and no longer applies when the trading activity ceases.  The person claiming the UDZ incentive must own the building.  A lessee would therefore not usually qualify for the deduction unless the lessee was responsible for the improvements or extension.

If the taxpayer meets the UDZ requirements an allowance is then determined in accordance with subsections (3) or (3A).  For example, where a new building is erected, the incentive will be calculated at 20% of the cost.  In addition 8% of the cost can be claimed in each of the 10 succeeding years of assessment.  Therefore, if an investor purchases land in a UDZ area for R5million and constructs a commercial building for R100million in 2012 but commences trade in 2014, then the investor may claim 20% of the construction costs in 2014 (i.e. R100m x 20% = R20m).  In addition, the investor can claim 8% (i.e. R8million) for each of the next 10 years of assessment.  The R10million for the purchase price of the land will however, be disregarded when calculating the incentive.

This article has been written by Graeme Palmer, a Director in the Commercial Department of Garlicke & Bousfield Inc

NOTE: This information should not be regarded as legal advice and is merely provided for information purposes on various aspects of tax law.