The SWD cricket team will start their 2014/15 campaign this weekend when they take on Northerns at the Recreation Ground in Oudtshoorn. With a new coach in Deon Smith and only one newcomer to the Oudtshoorn based team the men from the Southern Cape will be keen to make a good start to push their confidence and hopefully some silverware in the trophy cabinet. 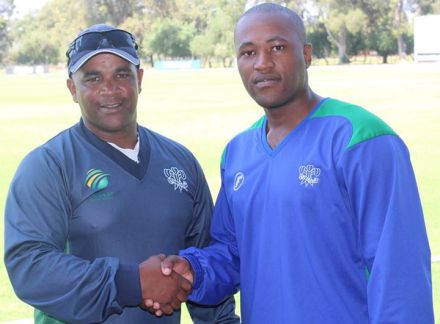 The 23 year old slow left arm orthodox bowler from Cape Town, Siya Simetu, is the only newcomer to the side with familiar faces. Simetu have 24 first class matches under the belt have an impressive record with 45 wickets with a best analysis of 7/21. Simetu who represented the Cape Cobras, Impi, South Africa Academy and Western Province also played 21 List A and 20 Twenty20 matches.

The batting line-up includes experience campaigners such as Sammy-Joe Avontuur (53 matches), Waldo Lategan and Brendon Louw (both 47 matches), Luthando Mnyanda (51 matches) and Pieter Stuurman and Ross McMillan (both 67 matches). Gurshwin Rabie (231 wickets in 65 matches) will lead the bowling attack. Erinn Ewerts will play at the all-rounder. McMillan, who already led the team in 50 matches, will again be the skipper.

The visitors will be highly competitive with the like of Aiden Markram, the captain of the SA U/19 World Cup team, and players with franchise experience like Qaasim Adams, Cobus Pienaar and Eden Links.