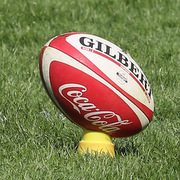 The dates and venues for the 2015 SARU Youth Weeks were announced on Wednesday, with the flagship event, the Coca-Cola Under-18 Craven Week set to be hosted at the Markötter Fields at Paul Roos Gymnasium in Stellenbosch.

The last time the Coca-Cola Under-18 Craven Week was hosted at this venue was in 2007.

The Mpumalanga Rugby Union, meanwhile, will host the Coca-Cola Under-13 Craven Week at Hoërskool Rob Ferreira in White River and the Boland Rugby Union has been granted the right to host the LSEN Week at HTS Drostdy in Worcester.