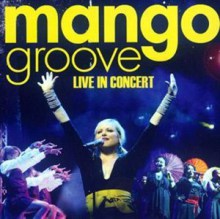 What can be better than easing out of the weekend and into a new week than with music that satisfies the most diverse of tastes? Where the venue is so spectacularly beautiful that Sunday takes on a whole new ambience? Where friends and family gather their picnic baskets and blankets to enjoy the floral heritage and the mountain as the music rolls over them?

The Kirstenbosch Summer Sunset Concerts offer all this and more and from Sunday 23 November through to Sunday 5 April, 2015 with a magnificent line –up offering something for every taste.  The tradition of top local and international artists appearing on this stage continues in this botanical garden that highlights the Western Cape’s rich floral heritage and at the same time showcases world-class entertainment in an environment second to none.

The 2014/2015 season of Kirstenbosch Summer Sunset Concerts boasts one of the best line-ups ever and celebrates 23 years of outstanding concerts. Such is the prestige of appearing on this stage that many of the artists cite this as the highlight of their careers.  Newcomers include The Soil and Barbara Hendricks and the SA National Youth Orchestra.

Beatenberg and Gangs of Ballet share the stage as do Al Bairre and Shortstraw. Making a welcome return are Just Jinjer and the energising Hot Water– all bound to please.

Launching the season (23 November) and making their debut at Kirstenbosch with their ‘melodic medication’ for the soul, are the hugely popular acapella group, The Soil. The four member Johannesburg group have had great success internationally and produce a sound that is in harmony with the venue. They had their music featured on a Halle Berry film soundtrack and have been wowing audiences wherever they perform.

After a few years absence, the 7 December concert sees ever popular band Just Jinjer return to the stage to wow the audience. One of the biggest rock band exports in South African history, they have sold more than a quarter of a million albums to date.

A sell out success last year, Zimbabwean sensation Oliver Mtukudzi is back on 14 December to perform his special elements of different music traditions. A seasoned artist, ’Tuku’, as he is known by his fans, is set to thrill.

Redefining his life purpose and his brand as ‘Songoma’ Hot Water creator, Donovan Copley will delight audiences with the energy and brilliance of his unmistakably South African music on December 28. This is the best opportunity to relax after Christmas festivities and wind down.

What better way to bring the New Year in than with Mango Groove and Arno Carstens!

These South African favourites bring their own special recipe for a New Year’s Eve concert on December 31 bringing in 2015 with a bang! With South African pop at its best, this feel good concert will have people on their feet and screaming for more.

It’s 2015 and Prime Circle opens the year on January 4. After 13 years of making waves as South Africa’s most successful rock act, the five-piece is back with ‘Let the Night In’, a new studio album infused with fresh creative energy and a new edge to the distinctive Prime Circle sound.

Kirstenbosch welcomes back The Parlotones on 11 January. Over the past 11 years The Parlotones have become South Africa’s most accomplished rock band of all time. Here from their base in Los Angeles, this concert will definitely be a sell -out.

On 18 January Tailor and Matthew Mole offer their unique styles to the audience and are popular performers at the garden. Jimmy Nevis is set for another successful performance on January 25. This young alternative pop singer/songwriter and producer with his quirky lyrics, acoustic tones and catchy melodies has captured fans internationally.

Moving into February and music fans can enjoy The Cape Town Philharmonic Orchestra on February 1. Celebrating 100 years they are the most active orchestra in the country. Extremely versatile, performing symphony concerts at the highest level with internationally acclaimed conductors and soloists and exceptional South African artists, the CPO fills the garden every year.

Make a date for February 8 as Freshly ground packs the concert venue! A household name both here and internationally the audience will be singing along with their hit songs.

Make Valentine’s Day extend to 15 February and look out for the concert announcement, still to be confirmed.

Heading through the month, the 7thinstalment of the Cape Town Folk n Acoustic Music Festival takes the stage on February 22 with an incredible line-up of South African folk and acoustic artists including Ross Learmonth, Ard Matthews, Jesse Clegg and Guy Buttery; this concert starts at 17h00.

March 1 and kick off the month with Goldfish who have just returned from another residency in Ibiza as well as many sold-out European and American dates. Mi Casa on March 8 will be a highlight of the month and their second award winning album “Su Casa” has received much critical acclaim.

Indie rules on March 15 when Shortstraw make waves on the stage and get the audience rocking! Indie pop band Al Bairre join them and, as a newcomer to the garden, their combination of cello, violin, guitars, keys, ukelele and drums will add to the rhythm of the afternoon.

Heading into the end of the month on the 22 March enjoy Beatenberg with their homage to our country’s musical heritage, followed by Gangs of Ballet, a five times SAMA nominated, MTV MAMA Award winning band with captivatingly fresh melodies. This is a combination of styles that audiences will love.

End the month on a high note with iconic Johnny Clegg on March 29. No stranger to Kirstenbosch his music packs them in every year and he is celebrated as the energetic, passionate human being who has become one of South Africa’s greatest musical exports.

The season closes with ever popular Jeremy Loops on April 5, the perfect way to enjoy an Easter Sunday on the lawns.  This enormously popular performer has spent most of 2014 touring and his debut album “Trading Change” went to number 1 on the iTunes charts.

Ensure you don’t miss a Sunday concert by booking early through www.webtickets.co.za

Visit the Kirstenbosch Summer Concert Facebook and Twitter pages regularly to keep up to date with who is performing when, exciting competitions and all the latest news.

Box office and telephone ticket sales (021 761 2866) start from the Tuesday preceding each concert if there are still tickets available.

This acapella singing group’s music can best be described as ‘Kasi Soul’. The Soil, consisting of Buhlebendalo Mda, Luphindo Ngxanga, and Ntsika Fana Ngxanga, strives to fuse their voices to deliver melodic and harmonious messages that are aimed at uplifting and healing souls all around the world. The Soil claims they are simply channels of the songs that they believe come to them from a sacred place where they just serve as mediums that help carry the message through.

Just Jinjer are one of the biggest rock band exports in South African history, having sold more than a quarter of a million albums to date. Their power and alluring appeal is fueled by a well-honed and heartfelt musicality, with commitment to communication on a genuine emotional and cerebral level. They produce music that touches the heart, body, mind and soul and carry a dedication to their musical mission that is virtually unstoppable.

The band is made up of Ard Matthews on vocals and guitar, Denholm Harding on Bass Guitar and Brent Harris on Drums.

Oliver Mtukudzi has had a career that has spanned more than twenty years and 40 original albums. This Multi-award winning singer has had an incredible career with a string of gold albums and award winning documentaries, establishing himself as an actor, a producer, an arranger, a prolific songwriter and, with his famous big voice, a formidable lead singer. He is also called the “Grand Master of Zimbabwean Traditional Pop” and is undoubtedly one of the greatest soulful voices of African Music.