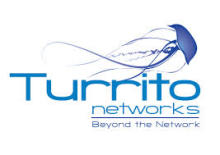 28 October 2014, Johannesburg – Turrito Networks, a converged communication provider under the MICROmega Group of companies, has been awarded the Vodacom CEO Award for Best Enterprise Channel at the network operator’s annual gala event.

The award, which is one of only five for the year, recognises the role that Turrito Networks has played in not only bolstering the Vodacom brand, but also the calibre of client that it has brought onto the network.  It also takes into account the quantity of sales generated over the course of the year.

Says commercial director for Turrito Networks, Louis Jardim: “This is a significant win for us, and acts as a reminder that companies like Turrito Networks, have a big role to play in delivering value not only to customers, but also partners like Vodacom.”

Shameel Joosub, CEO of Vodacom Group congratulated the team saying: “You have grown in leaps and bounds, and continue to raise the bar each and every year.  You are an exceptional and highly valued partner of Vodacom.”

“Turrito Networks is an exceptional partner to Vodacom that understands not only our way of doing things but also our values.  It’s a win-win partnership for both organisations and this is evident in the number of companies that have chosen Turrito Networks as their partner of choice.  We are proud to be associated with them.

The culture of always going the extra mile for their customers resonates with our values of continuously striving to deliver a superior customer experience,” adds Wanda Matandela, Managing Executive: Enterprise Business Unit at Vodacom.

“Recognition of this calibre, is invaluable and stands as a true testimony to the hard work and determination of our entire team,” concludes Jardim

In 2012 and 2013, Turrito Networks was awarded the Partner of the Year for Vodacom Business.   The 2014 CEO Award marks the first time that a convergence partner has been recognised at Vodacom Group level.