On Saturday 25/10/2014, “The Seals Of Nam” had a very successful launch of their social responsibility program which is aimed at giving youngsters from the Garden Route’s underprivileged communities the opportunity to get excited about wildlife and conservation.

While the organizations’ primary focus is on the marine environment and working towards ending the annual Namibian seal hunt, they began their launch by focusing on terrestrial based conservation. The first candidates were thrilled to have spent the morning on a guided tour of the Cango Wildlife Ranch in Oudtshoorn. Here they were exposed to Nile crocodiles, rare white lions, endangered cheetahs, crazy ring tailed lemurs, slithering snakes, giant flying foxes, pigmy hippos and much more! 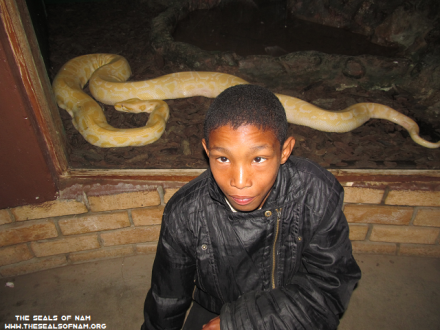 “We are absolutely delighted with this project.” said Pat Dickens, a Garden Route local who heads up the organization. “We began with Cango Wildlife for several reasons. “Firstly, while we are opposed to the keeping of wild animals in captivity for the purposes of exploitation, Cango Wildlife really has taken the conservation approach. For example, all their vultures have been rescued from electrocution, car accidents and poisoning. These birds are currently undergoing rehabilitation and are re-released into the wild whenever possible.” 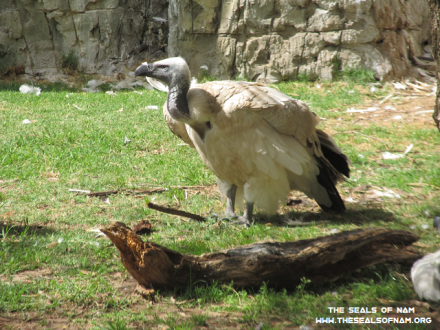 “Animals on display act as educational ambassadors to teach people about the threats they face and what measures need to be taken to prevent their extinction.” explained Dickens. “The ranch is involved in several projects, not only rescue and rehabilitation of wild animals, but also breeding programs aimed at protecting the genetic diversity of critically endangered species, including cheetahs and lemurs. Much needed funds that are generated from the tours are plowed directly back into conservation projects that make a difference” he said.

Dickens continued by saying that Cango Wildlife, known for its sheer variety of animals, proved to be the ideal platform as the youngsters not only had a fantastic time in a safe environment, but more importantly, left with a new appreciation of the words wildlife. “I have been told young Stevie in particular has been telling his experiences over and over to anyone who is prepared to listen. Apparently he has become the local encyclopedia for anyone wanting to know about wild animals!” said Dickens. “We would like to extend our gratitude to Cango Wildlife for making this educational experience possible and we encourage others to pay them a visit. They really have done it up nicely and the guides weave excellent humour into their tours so as to make the experience even more memorable.”

If anyone wishes to sponsor or make a contribution to the social responsibility project they can contact  patdickens@thesealsofnam.org