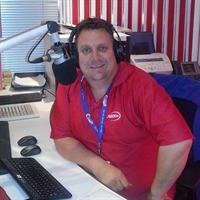 Algoa FM has announced that as from Monday the 17 November, Algoa FM listeners along the Garden Route will have their own dedicated afternoon drive-time show

The show will be presented by Jacques Arendt, between three and seven pm on weekdays from Studio 3 at our Port Elizabeth offices.

Algoa FM Operations Director, Alfie Jay, says Arendt has a unique ability to connect with people from all walks of life.

I am excited to announce that as from Monday 17 November, Algoa FM listeners along the Garden Route will have their own dedicated afternoon drive-time show

“We’ve been building our audience along the garden route for just about 3 years now. During this time we’ve been applying our minds to how we can best entertain and engage our audience by providing specifically tailored content for them,” says Alfie Jay.

“We will now be in a better position to air news about events and issues of specific interest to our Garden Route listeners, businesses and municipalities,” says Managing Director of Algoa FM, Dave Tiltmann. “A dedicated drive-time show gives the Garden Route community and advertisers a powerful voice and means to communicate with each other.
“Our Garden Route listeners will now enjoy an Algoa FM tailored to their interests,” he says.

Arendt is a well known presenter and DJ in the Eastern Cape and Garden Route area. In 2005, he was named one of the ATKV Icons and served as a judge for the Afrikaans SAMA (South African Music Awards) between 2008 and 2011. Arendt has again been asked to judge this year’s SAMA Awards.

“I am delighted and honoured to be presenting Algoa FM’s first dedicated drive-time show to the Garde Route,” says Arendt.

“It is a great privilege to be a part of the Garden Route community, which is close to my heart,” he says. “Arendt has a unique ability to connect with people from all walks of life. Audiences quickly warm up to his genuinely warm, caring and sincere nature,” says Jay.

Listeners can meet Jacques Arendt in George on Friday, 14 November 2014, as he hosts an Algoa FM Hitmobile at the top of York Street, as part of a Diabetes Awareness Campaign.

“The community is encouraged to support this awareness campaign and take the opportunity to meet Jacques and welcome him to the Garden Route”, says Marketing Manager of Algoa FM, Toinette Koumpan.