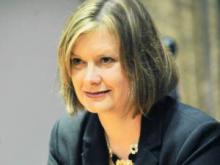 I welcome the judgment handed down by the Supreme Court of Appeal today on the appeal regarding the closure of 17 schools in the Western Cape.

The review application in respect of Minister Grant’s decision to close 16 of the 17 schools has been dismissed by all five members of the Supreme Court of Appeal who heard the matter.  The court decided that the Minister’s decision to close the 17th school, Beauvallon HS, should be set aside.

The decision by the Supreme Court of Appeal vindicates the actions taken by the then Minister for Education, Minister Grant, to close the 16 schools for the reasons that were given by him at the time.

While we can claim a victory, this is really a victory for learners, because the judgment makes it easier for us to improve education opportunities.

The decisions were made in what Minister Grant believed was the best interests of the learners concerned and the delays due to court action have in our view ultimately resulted in the loss of better education opportunities that were available for these learners over the last two years – opportunities such as those now being enjoyed by learners from Tonko Bosman PS who now attend Raithby PS, where they now receive single-grade tuition and improved education facilities.

It has also resulted in expenditure on legal fees that could have been used to improve school facilities.

We will study the judgment carefully and will take into consideration the recommendations made by the court in terms of procedures followed with respect to any potential future action that may need to be taken in respect of Beauvallon High S or any other schools.