Each year DCAS honours “sport legends” – people who played a significant role in the promotion, growth, development and transformation of their sport codes. These contributions were often made under difficult circumstances with minimal resources, little institutional support and at great personal sacrifice to the sportspeople and their families. Sport Legend awards go to people who are regarded as icons in their communities.

DCAS Head of Department Brent Walters said that sportspeople honoured on the day should be commended for their sacrifices and their personal contribution to the transformation of sport. “Sport provides a link to unify people,” he said.

Please click here for the names and background information of the 2014 Sport Legends from across the Western Cape.

Minister of Cultural Affairs and Sport Dr Nomafrench Mbombo said that it was a privilege to honour sports legends who have played such vital roles in ensuring our children have a rich heritage to celebrate. “We have to acknowledge our local heroes,” she said.

DCAS continues to use sport as the catalyst to bring people from all walks of life together. As we unify the nation, we can work better together and leave a legacy for generations to come. 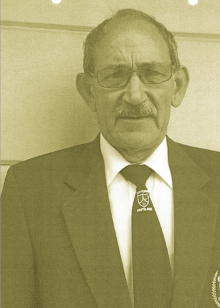 In 1982, in George, the running club of the Outeniqua Harriers was formed in George, with Sarel as a founder member. To date, he has completed over 600 weekly time trials. His running curriculum vitae (CV) is impressive, with his best marathon time being 2 hours, 42 minutes for his running of the Cango Caves Marathon. Sarel has also completed 10 Two Oceans marathons, for which he won silver medals in two. In addition, he has completed 11 Comrades marathons, in which he won three silver medals.

Bearing in mind that, as a veteran, he completed six of the 11 marathons in under 8 hours, his achievements in this regard are all the more remarkable.

An interesting statistic is attached to his name, being that of him having run two Comrades marathons in exactly the same amount of time. Both of the marathons in question were up runs, one of which he completed in 09hl0mlls, and the other in 09hl0ml6s. In all, he has run more than 70 marathons, of which 27 have been run in under 3 hours. Since his active running days, he has turned his attention to becoming an administrator.

While serving as a race official for ten years, he refereed the Two Oceans Marathon on six different occasions, the Comrades Marathon twice, and the SA Marathon. and Half-Marathon, Championships. He is a founder member of both the South Western Districts (SWD) Masters Association, and of the SWD Road Runners Association. 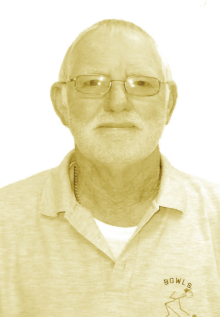 Hermanus (‘Akker’) van der Merwe was introduced to the game of bowls in 1976, winning the Novice Singles title at the George Club in 1978. In 1981, for the first time, Akker represented the Cape Country Bowling Association (CCBA), as the district association was then known. Since then, he has represented the CCBA, and, more recently, Bowls Southern Cape, 28 times (1981–2008), in the Open and Senior Inter-District Tournaments, winning the bronze medal in 2001, and the silver medal in 2004. He and his partner won the gold medal in the SA Men’s Pairs in 2001. 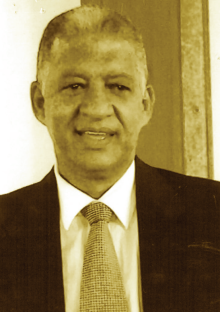 Starting to participate in sport while he was still in primary school, Joseph Daniels continued to take an active part in sport until he was at senior level in high school, when he achieved his provincial colours in athletics, rugby and cricket. In terms of club rugby, Joseph regards the final, in which Spring Roses RFC beat Riversdale Blues 10:9, as his sweetest success.

Particularly dear to him is the fact that he contributed to the winning score, by kicking a drop goal early in the game. Joseph also took a liking to cricket, with his biggest achievement being when his club, Sussex Cricket Club, won the double (the League, and the Limited Overs, competitions) in the same season.

In addition to the above, Joseph also excelled as an athlete, in 1973 becoming the WP Amateur Athletics Association’s high jump champion, with him being the first athlete to clear the bar at a height of 2m, as well as participating in the National Championship.

His biggest success as an educator was as a manager, and coach, of the WP Senior Schools Sports Union cricket sides, which participated in the then South African Senior School Sports Association competition,  and which won the national competitions in 1977 and 1979.

As an administrator, Joseph regards his contribution as Chairperson to Barbarians RFC as a milestone, because the Club achieved continuous successes, both on and off the field, throughout the years, despite constrained finances being an ongoing challenge of some proportion. Barbarians RFC has achieved the remarkable achievement of being the only team in the past 22 years to play in the Premier League of the SWD Rugby Union, since unification.