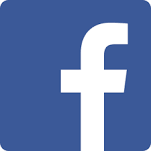 The South Gauteng High Court has set a new legal precedent after it granted a South African Facebook user an interdict preventing a friend from posting about his personal life on the social network after she defamed him on the site.

In a first for South Africa, you may now have to be a little bit more conservative when posting about the intricacies of your friends’ personal lives on Facebook or other social media – or face a case of defamation.

The case was brought before the court after a Facebook user posted a status update about a party he attended, and was met with the following comment from a friend:

I wonder too what happened to the person who I counted as a best friend for 15 years, and how this behaviour is justified. Remember I see the broken hearted faces of your girls every day. Should we blame the alcohol, the drugs, the church, or are they more reasons to not have to take responsibility for the consequences of your own behaviour? But mostly I wonder whether, when you look in the mirror in your drunken testosterone haze, do you still see a man?

In response to the comment, the user took the matter to court, claiming that the comment defamed him on a number of grounds.

In his application, the Facebook user sought to block the friend from making any more posts about him on social media – as well as an order that she be arrested for 30 days should she fail to comply.

In the subsequent ruling, Judge Nigel Willis tackled the defamation case mindful of social media and its current role in society.

Judge Willis ruled that he could not find any evidence that Facebook would comply with a request to take the offending comment down – and said that it’s better to tackle users, rather than Facebook itself, in matters of privacy.

“If one wants to stop wrongdoing, it is best to act against the wrongdoers themselves,” he said.