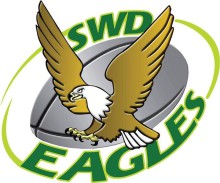 Sixteen teams,split into two sections of eight each,will contest the 2015 Vodacom Cup ,with the Defending Champions GWK Griquas heading up a strong South Section and the Welwitschias from Namibia back in The Competition.

Joining the five-time champions from kimberley in the South Section will be winners in 2012,DHL Western Province ,as well as the Boland Cavaliers,Border Bulldogs,Cell C Sharks XV,EP Kings,SWD Eagles and Toyota Free State XV.

The Xerox Golden Lions ,runners up last year and champions in 2013 are in the North Section with the Assupol Limpopo Blue Bulls, Down Touch Griffons,Leopards XV, Steval Pumas,Valke,Vodacom Blue Bulls and Welwitschias from Namibia.

It will be Namibia’s first season back in the Vodacom Cup since they last took part in 2011 by special arrangement and agreement ,all seven their pool matches will be played in Windhoek.

The Tusker Simba XV from Kenya ,due to participate for a second season in the Vodacom Cup have withdrawn from the competition at short notice.

GWK Griquas agreed to move to the South Section as a result of Kenya’s withdrawal.

Its a pity that Kenya decided to withdraw ,but we respect their decision,said SARU CEO Jurie Roux and at the same time its very exciting to welcome back our neighbours from Namibia back into the competition.

We have a mandate to help improve and develop the game in Africa and with Welwitschias back in the Vodacom Cup I’m sure it will add impetus to Namibia’s preparations for the Rugby World Cup later this year.

The pool matches will be contested within the two sections. The quarter-finals will be cross section, with the top two teams from each section hosting the third and fourth sides from the other section in the first knock-out round.

The format of the Vodacom Cup is unchanged from last year and I’m sure it will yet again deliver hard fought and exciting rugby said Roux.

We’re excited to see which rising stars will come through the competition this year. In 2014 Oupa Mohoje played in the Vodacom Cup three months before he made his Springbok debut ,while a host of our Junior Springboks also came through the ranks in Vodacom Cup.

The Vodacom Cup Kicks off on the weekend 6/7 March with the final scheduled for the end of May.