Live in Concert at the Hammersmith Eventim Apollo, London 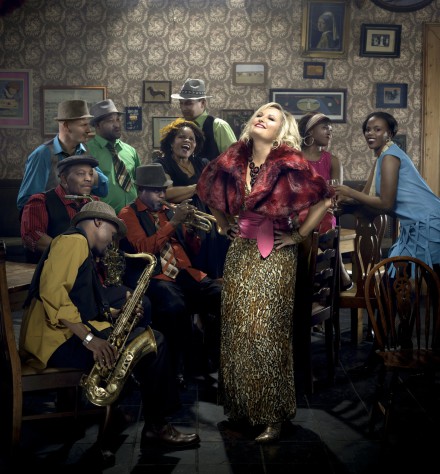 FIRST MANGO SHOW IN LONDON IN OVER 20 YEARS!

Mango Groove’s big SA London party at the Hammersmith Apollo on March the 7th just got a whole lot bigger! Mango Groove is delighted to announce that the award-winning, platinum-selling and globally acclaimed SA vocal trio The Soil will be joining the bill as special guests for the Apollo concert. In the words of Claire Johnston: ‘’This is a wonderful bit of news, as we are big fans of The Soil, and their highly original and uniquely South African style. True Serendipity, to be honest: Bongani Thembe from SA Seasons heard about the Mango Groove concert, he knew that The Soil were going to be in London at the same time, and he suggested that we get in touch with them. We jumped at the chance, and now here we are…it’s going to be a night to remember!’’

Claire Johnston says: “This has been a long time coming, and we are massively excited about it! The show will be about celebrating more than music: it’s a celebration of our history, our tradition and our unfolding story as South Africans. “

Mango Groove last performed a sold out show at the Hammersmith Apollo in the early ‘90’s. In the words of Beulah Hashe, one of Mango Groove’s much-loved original members: “Apart from being such a beautiful building in its own right, the Hammersmith Apollo is such an iconic and prestigious venue. Everyone from The Beatles to Ella Fitzgerald to Queen to Bruce Springsteen has performed there through the decades. To be back on that stage again with Mango Groove will be a huge honour for us. ‘’ 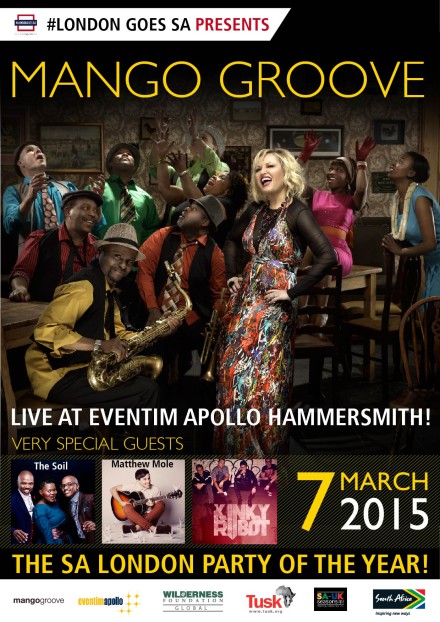 Mango Groove’s association with the Wilderness Foundation goes back many years, and it is one that they hold very close to their hearts.  Claire Johnston said “John and I were privileged enough to have had several exchanges with Dr Ian Player through the years… our own experiences on the Wilderness Leadership School iMfolozi trails were, quite simply, life-changing for us and they had a very powerful and lasting effect on our own attitudes towards the natural world and our relationship with it.”

If you really want to understand the phenomenon that is Mango Groove, you simply have to see the band live in concert. Their massive record sales aside, Mango Groove have primarily built their deserved reputation on their power as a live act. Their timeless magic on stage was evident when they wooed the young crowd at South Africa`s largest annual Music Festival, Oppikoppi, in 2013:

“This year (2013) I heard Mango Groove had totally rocked Oppikoppi and had been noted as one of the best bands of the festival.” www.boringcapetownchick.com

“Roxanne Burger ‏@roxyburger on Twitter: MANGO GROOVE are blowing this festival UP! #oppikoppi.”

“It’s hard to describe the atmosphere that prevailed while they held the crowd captive with their absolutely mind-blowing virtuosity, playing hit after hit from a repertoire that still lives on in South Africa’s cultural heart and cuts straight across age, race and gender. Incredibly, this was Mango Groove’s first ever set at Oppikoppi, and they certainly did it in style.”  www.mio.co.za