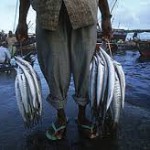 Melkhoutfontein is an old fishing village on the outskirts of Stilbaai. It is a very underdeveloped town that is home to people who make a living from fishing, but they have asked the Hessequa municipality if it can assist them in learning skills other than fishing.

The National Council of Provinces was visiting the village as part of the week-long pre-visit to the Eden District Municipality as preparation for the Taking Parliament to the People programme, which will take place in April. The villages want to learn new skills because they say there are no more fish in the sea and they often go to bed hungry.

The residents of Melkhoutfontein do have access to a library, clinic and community hall, and currently 170 housing sites are being upgraded. They should be ready for occupation by the end of March 2015. However, at present there is only one toilet for every five households.

The community has lost hope in the municipality as they feel that since they were removed from Stilbaai, there is no chance of them ever getting their land back.

Also, there is no integration between the different race groups and racism is rife in the community. Residents told the NCOP delegation that their children do not have access to sports facilities or schools and there is no job creation for the unemployed.

In nearby Stilbaai, on the other hand, this small town sees a population boom from 5 000 to 50 000 every December when wealthy holiday-makers descend on its sandy beaches and warm seas for a holiday. This area presents an area for revenue collection for the municipality, but there is a problem with bulk electricity supply.