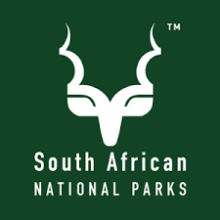 South Africa is home to 19 National Parks, divided into six different regions, spread across the vast expanses of our country. Now while you may be familiar with one or two of them, you may not have had the opportunity to explore each and every one in-depth.

So, we’ve decided to put a new mini series together on Traveller24, where we will be taking a look the ‘undiscovered’ side of each of the six park clusters – Garden Route National Park, Kruger, the Frontier Region, the Arid Region, the Northern Region and the Cape Region.

The first cluster we will be looking at is the Garden Route National Park, which includes the former Knysna Lakes Area, Wilderness National Park and Tsitsikamma National Park. Communications manager, Nandi Mgwadlamba, sent us a list of 10 things you might not have known about the park – check it out below.

Do you know about any secret spots, intriguing facts or out-of-the-public-eye attractions in the Garden Route National Park to share with us? Tell us in the comment section below, send us a mail to info@traveller24.co.za, tag traveller24_sa on Instagram or tweet@traveller24_sa

The Garden Route National Park, as we know it today, turns 6-years-old this year! Joining the former Knysna Lakes Area, Wilderness National Park and Tsitsikamma National Park, it was officially declared on the 6 March 2009.

2. A mining town hidden in the forest

Goudveld, an old mining town in the lush Afromontane aka Knysna forests is turning into an attraction for visitors to the Garden Route. This popular hide-away is 22km from Knysna, in Bibby’s Hoek to be exact. Forming part of the Garden Route National Park (GRNP), this is the largest continuous indigenous forest in South Africa.

3. Why walk when you can roll?

The Pied Kingfisher trail in the Ebb & Flow Rest Camp (Wilderness) can now be traversed on a Segway! Sounds pretty fun, right? Check out the Segway Fun website for more details on the excursion

Even though the park is made up of three different sections, spread over a good 140km, each one has a body of water you can explore with a canoe. The Wilderness section has the Touw’s River just begging you for a row, the lakes area has the Knysna Estuary and Tsitsikamma has the legendary Storms River.

Bookings for rowing can be made directly with the park these days, at the receptions in Wilderness and Natures Valley.

Africa’s oldest Marine Protected Area (MPA) can be found in the Tsitsikamma section of the GRNP and turned 50 in 2014. The Storms River Rest Camp overlooks the MPA.

Some of the finest mountain biking in South Africa can be found in the Harkerville Forest, which forms part of the Knysna section of the Garden Route National Park.  There are three route-marked tracks, colour coded Red (23 km), Green (15 km) and Blue (12 km). All three include sections of ‘off-road’ riding along forest paths. The Red route includes some of the most dramatic scenery in the country.

The Knysna estuary has been ranked number 1 in terms of biodiversity significance. It was also declared a Hope Spot for marine life by world renowned marine biologist and diver, Dr Sylvia Earle and Minister of Tourism, Derek Hanekom in 2014.

Apart from the renowned and gorgeous Ebb & Flow camp site at Wilderness and Tsitsikamma’s rest camp, the Garden Route National Park also boasts a super romantic semi-glampint option: theForest Timber Camping Decks at Diepwalle in the Knysna Forest. The decks accommodate a three-man tent with braai and dining areas, and have electric points.

Green Flag Trails is an official quality control system used by the Hiking Organisation of Southern Africa and the Tsitsikamma section of the park is home to no less than 12 of these, most starting and ending in Storms River.

The Garden Route National Park is a great destination for birding enthusiasts, what with the diversity of habitats – forest, estuary, lake, river and sea. However, you might not realise it, but there are at least 3 bird hides to visit in the Wilderness section of the park – Granule, Malachite and Rondevlei.