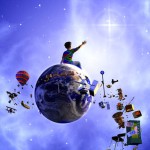 The long awaited amendments to the National Credit Act were published in the Government Gazette on 13 March, 2015.

This will be severe blow to credit providers; debt collecting agencies and third parties who previously purchased debt to collect monies from consumers where that debt has prescribed.

The extinction of debts by prescription is provided for in the Prescription Act 68 of 1969. The law states that if a credit provider does not issue a summons, or obtain judgement against a consumer within 3 years after defaulting on payment of an account, the consumer can rely on the defence of prescription by stating that the claim has lapsed or expired.

For more clarity: if no payments were made; no promises to pay were made; or a consumer did not admit that the debt existed during the three year period; prescription sets in.

It is for this reason that credit providers normally issue summons and obtain judgement within three years from the date of default to avoid the claim from lapsing.

In a major change, a new section regarding the application of prescription of debt is included the National Credit Amendment Act 2014 (NCAA).

This section {126 (b)} forbids any person to sell a debt under a credit agreement to which the NCAA applies and that has been extinguished by prescription under the Prescription Act 68 0f 1969(PA).

The promulgation of this section that is included in the NCAA will hopefully put a stop to the frenzy where consumers were bombarded with requests from debt collectors to pay outstanding debts that were donkey’s years old. In most cases these debts consisted of costs and interest!

There is nothing untoward about the Prescription Act. One purpose is to urge credit providers and debt collection agents to collect monies owed within the specified period.

Another is to protect consumers against credit providers or third parties (where debt has been sold) to intentionally delay the collection of that debt which will result in the outstanding balance ballooning due to interest and administrative costs accruing. Fortunately for consumers there is the In Duplum Rule that caps the amount that can be debited to an account after it has gone into default. But that is another story.