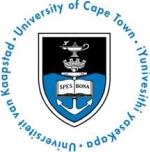 5 May 2015, Cape Town – In a mutually beneficial partnership with the Western Cape Department of Health, UCT’s Faculty of Health Sciences is expanding its teaching platform to rural areas. The presence of the University of Cape Town (UCT) will soon become more evident in the Eden District, in a move that will see final year health sciences students work alongside health professionals in secondary and district hospitals in the area. The initiative, to be launched on 14 May 2015 by UCT Vice-Chancellor Dr Max Price, is a response to the national call to increase the numbers of doctors in the country, particularly from rural areas such as the Eden District. The launch will be hosted by George Municipality and the Executive Mayor of George, Charles Standers.

“The expansion of the clinical teaching platform to the Eden district is testimony to the long-standing mutually beneficial partnership between UCT and the Western Cape Department of Health,” says Interim Dean of the Faculty of Health Sciences, Professor Gregory Hussey.

From 2016 up to 20 medical students will spend their penultimate year of study in the district as “student interns”, working with clinical teams and learning hands-on to treat patients. Additionally, as Professor Gregory Hussey emphasised, the initiative aims to serve both the interns and local communities. Students will be integrally involved in service delivery, supported by visiting consultants from Cape Town; staff at the hospitals involved will benefit from professional development offered to UCT staff; and other services and faculties at UCT could be accessible through a permanent presence in the Eden District.

The number of students is planned to grow to about 40 students by 2018 and will incorporate Oudtshoorn, Mossel Bay, Knysna and Beaufort-West Hospitals as well as community health centres in the district. Future plans include the introduction of a similar model for Health and Rehabilitation (occupational therapy, physiotherapy, speech therapy and audiology) students in the Eden District to broaden the scope of exposure to students from other health science programmes.

“Our aim is to continue to produce competent graduates who are well equipped to deal with the health challenges of the South African population,” says Prof Hussey. The Eden District, he adds, is ideally placed to benefit from and contribute to this initiative ultimately leading to broader engagement of the university in the district, through mutually productive teaching, research and service.