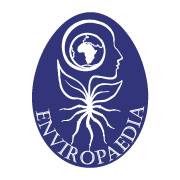 Organised annually since 2010 by The Enviropaedia, the Awards invite entries from large and small businesses, municipalities, groups and individuals who are leading the way in environmental excellence and innovation.

David Parry-Davies, the force behind The Enviropaedia and Eco-Logic Awards, explains that the awards are unusual because the judging criteria are about quality not quantity. This levels the playing field between small initiatives and large corporates.

“We use the seven-rooted value system that we call Eco-Logic as the basis for judging the Awards. We believe this is a critically important ingredient in changing our current environmental trajectory and producing the kind of world we would all like to live in.”

This year, a new category will be included: Business – Green Economy. This category seeks to identify a business that build and supports the Green Economy in South Africa.

Past winners outline benefits of Awards

Kolosa Magudu, Water Conservation Scientist with Duzi uMngeni Conservation Trust (DuCT) – winner of last year’s Water Conservation Award, says that the stature and influence on the Award has motivated staff, as they are now being recognised and rewarded for their work. It has also helped attract new sponsors.

“Because of the Award we have more volunteers coming in as they saw DuCT on TV.”

“Guests are often wary of ‘greenwashing’. But with verification from a credible third party institution such as The Enviropaedia, they believe that you are as green as you are saying you are and trying to be.”

2014 Eco-Youth Award Winner, John Lucas of Explore4Knowledge, believes that the Awards help small organisations that don’t have resources to promote themselves to gain substantial publicity on local and national platforms.

Judy Nankervis, Managing Director of Blendwell Chemicals (Pty) Ltd, which won last year’s Transport Award, agrees, adding: “We got a lot of publicity that we would not have been able to generate on our own. We’ve seen an increase in our business and are working on new projects as a roll-out as a result of having won the Award.”

Kapano Mohapi, Project Director at Blue Disa Bio-energy Plantation, the Eco-Community Award winner for 2013, said: “Before we won, we had difficulty getting support from the government, the community and even corporates, but after winning we are now getting funding and other support.”

Small businesses, large corporate organisations, non-governmental and community-based organisations, municipalities and individuals have until 31 July to submit their entries via the Eco-Logic Awards website. There is no entry fee.

The same project can be submitted in multiple categories.

Winners will be announced at a Glamorously Green Award Ceremony, to be held in Cape Town during October. Guests include environmental movers and shakers, thought leaders, celebrities, sponsors and top business executives, government and municipal representatives, previous winners and 2015 finalists.