Ruby Cliff Trail hosted its second Nedbank event of the year. This time, 180 trail runners gathered for the 4th edition of the Nedbank Save the Rhino Trail run organised by Trisport SA and WildTrail SA. A new venue along with fresh trails gave this race new life and after a successful weekend, there is nothing stopping this event from becoming one of the biggest in SA. The collaboration of Trisport SA and WildTrail SA meant the event was well organised and owned a personal feel. 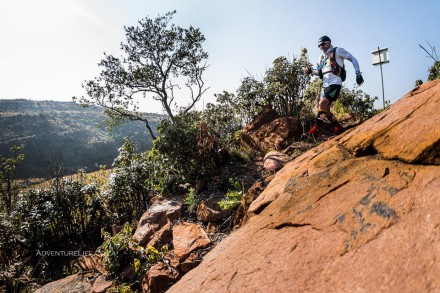 It was a cold morning, so cold in fact the sun had risen but still no-one had the courage to leave their tents. After the sun kissed the Nedbank start arch and the sound of music touched the air, everyone slowly left their tent and started to get ready day 1. Race Director, Hano Otto split the days into two different types of trail allowing either fast or technical runners to take advantage of the each day. This day was designed to be swift, as it mostly consisted of jeep track. Don’t be mistaken, the 25km route was full of undulating hills and rapid descents which both took their toll on the legs early on in the race. 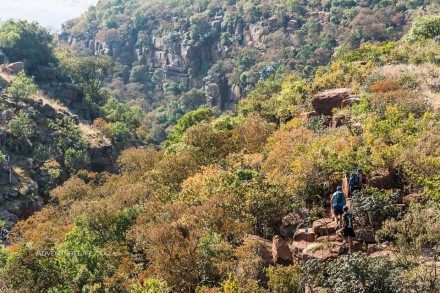 The race traversed many private game farms each with their own special flavour. One featured a 3km long ridge section, looking north to Loskop dam. Another had a technical section laced with the uncommon siting of Zebra, Kudo and Wildebeest. The final included fields through high grass lands and small clumps of trees. Finally, the last km led downhill back to the finish along a simple quick Jeep Track. 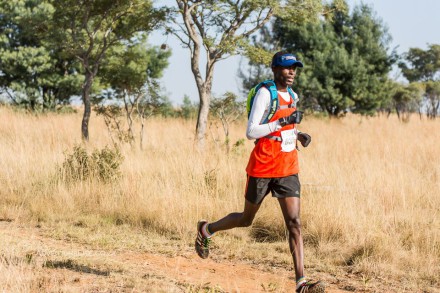 Following a relaxing afternoon, each participant was treated to a warm sit down dinner and presentation of images of the day; a fitting end to a “lekker” day in the mountains. 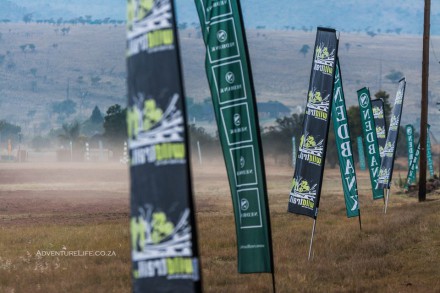 Much like the day before, it was a cold start but slightly busier. Day 2 also featured 3 additional races; a 23km single day option for those not crazy enough to take on a 2 day race, a 10km for the more prudent and finally, a 2km race for the kids. You can say… it was a family day! 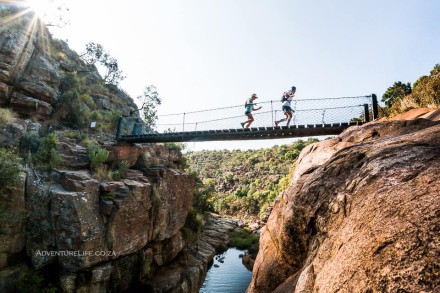 The stage competitors, single day 23km “nutters” and the 10km speedster started all at once running along a similar track before turning south and heading towards another host of private farms. The uphill start was like a slow poison for the legs! It only got worse as the trail lovers headed into the first valley. The valley path, slowly lead everyone up to the top of the mountain where they passed a trig beacon and enjoyed some relaxing but fast single track. The aim of the day was to treat everyone to some serious, stunning trail and single track and boy did they get it! 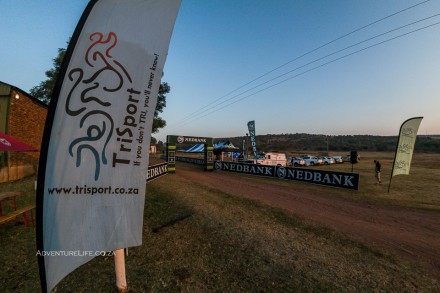 13Km in you arrived at the mecca of technical trail. Each step needed 100% focus to avoid a mouth full of dirt. Sharp corners between boulders, rock hops and the odd fence jump lead us all to a steep drop only to set us up for another hill. This time, there was no running. With tired legs, fixated minds and jittery senses the next section was a real challenge. 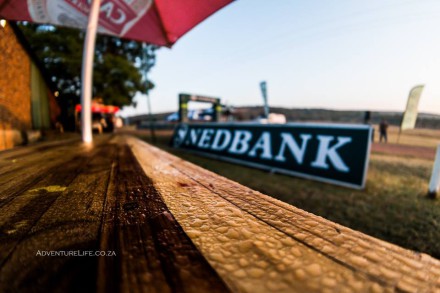 As they say, “The greater the obstacle, the more glory in overcoming it”…

Just when you thought it was going to be a long day… came a soul lifting slice of heaven; 3 suspension bridges spanned across a massive Kloof. At the bottom was a gushing river with sparkling clean water. As you jumped from one side of the Kloof to the other you found another 700m of fast, technically mild trail which on got you more excited about the next corner only to find another bridge to take you to another side of the Kloof with even better trail. It was a magical 4km section.

The fun wasn’t over yet. Just after the 2nd last water point, there was another Kloof ready to treat your rebooted enthusiasm. It was a swift section that led straight to the bottom. Along the way there was the odd low level man made bike bridge, large over hanging trees with just the right type of light for an autumn morning. Before you knew it, we had all come full circle and ended back at the bottom of that first valley, ready to make our final descent back to the start.

It was a proper trail weekend; great friends, simple but effective organising, incredible mountains that left everyone on a high of note. The only thing left to say, make sure you are at the next Nedbank Save the Rhino event.