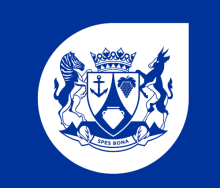 Burglary and vandalism in our schools has reached epic proportions. I want to appeal today to every resident of the Western Cape to take an active role and help us protect our schools.

The situation has become desperate.

In the 2014/2015 financial year, schools reported a total of 1 180 incidents of burglary and vandalism.  That averages 98 incidents per month, or three per day.

What is even more shocking is that 22 schools were hit more than 10 times. One of our schools in the Metro Central District reported 23 incidents of burglary and vandalism.

It appears that burglary and vandalism in our schools is a problem that we are experiencing across the country.  It has been reported that in the first quarter of 2015, 286 schools in Gauteng were burgled or vandalised with 282 schools in the Western Cape being hit – again, that is 94 per month in the Western Cape.

This scourge on our schools simply has to stop.

Schools should be safe places where children can learn and teachers can concentrate on teaching.  The Education Department should be able to concentrate on education, yet we are consistently being forced to take on roles such as policing and social work.

We are doing the best we can, but we cannot do it alone.

In order to protect our schools as far as possible from burglary and vandalism, the WCED’s Safe Schools directorate has increased security at identified high risk schools.

The department reinforces security at some schools, for example, using electronic gates, alarm systems and burglar bars where these measures were not previously in place. The WCED refers to this approach as “target hardening”.

In addition, 1 492 schools in the Western Cape have alarm systems.  However, it has become clear that these security enforcements no longer always act as a deterrent.

Our Safe Schools Directorate is very active in mobilising communities to look after schools, in conjunction with the police and community-based organisations. In some cases, parents and communities have actively taken on the responsibility to protect their schools – with some remarkable results. However, we need even greater mobilisation and proactive programmes by all community members in the Western Cape. These programmes also need the collaboration of the local community, the parents, the South African Police Services and the media.

Communities can assist us by:

The co-operation of communities is essential in order to combat vandalism and to create a safe school environment that promotes teaching and learning. We urge community members to be extra vigilant throughout the year and to immediately report any suspicious behaviour or activities that occur within the vicinity of their schools. It is simply not possible for an entire school fence to be stolen without somebody seeing something.

The consequences of burglary and vandalism are numerous.

The first and most obvious is financial.  In the last financial year, the WCED spent over R10 million on repairing these schools. In 2015/16, we have doubled the budget for the Emergency Maintenance Fund to R20 million, which will be allocated to assist in repairing schools affected by burglary and vandalism.

The WCED have also invested R28,5 million into the Safe Schools programme in the 2015/16 financial year, which will be used to provide targeted security infrastructure support to schools.

The R20 million (plus the R28.5 million spent on our safe schools directorate) could be better spent on:

In addition to the financial costs, the social and other costs of vandalism include demoralising staff and learners at schools, degrading of the teaching and learning environment and facilities, stress and increased safety concerns.

Every hour spent dealing with vandalism represents time taken away from supporting learners in working through the curriculum.

I am therefore urging all members of communities to take an active role in protecting our schools. We want to make our school environments safe and conducive to teaching and learning. We want to give our learners the best possible opportunities with the best possible education.  The school community can assist us in achieving this goal by taking any of the actions highlighted above.

Community safety and crime control rests with the South African Police Service. I therefore also call on SAPS to intensify their efforts around our schools.

Every citizen of the Western Cape should be proud of our schools and see them as community assets, because that is what they are.

Please adopt a school today and help us improve the future of our children.

(Please note: The WCED does not identify the names of schools that have been affected by burglary and vandalism. In many cases, the damages caused by the perpetrators can result in a security threat or breach. Therefore, it is our policy to not announce the names).