I am very pleased to announce that two Western Cape sites have been declared as Provincial Heritage Sites – the Blombos Cave in the Blombosfontein Nature Reserve, Southern Cape and the Elandsfontein Fossil Dune Site on the West Coast.

These are important heritage sites that need to be preserved and their declaration in the Provincial Gazette 7396 of Friday, 29 May 2015 (page 855 and 858) will ensure that they will be protected.

Both these heritage sites contain important evidence of life from previous years and with their declaration as Provincial Heritage Sites, we are ensuring that they will still be kept preserved for years to come.

The Blombos Cave is an especially important site, as it contains archaeological evidence from the Middle Stone Age and bears testimony to a cultural tradition which has now disappeared.

Due to the high levels of sensitivity, and their location on private property, the sites are not open to the public. However, in the future, once Heritage Western Cape has developed and finalised the conservation management plans for the sites, there would be the possibility that they might be visited on an appointment basis.

Heritage Western Cape has played an important role in ensuring that these sites will now be kept safe for future generations and I am very proud of the work they are doing in preserving Heritage sites in the Western Cape. It is of great importance that we continue to preserve our province’s natural history, so that it can be used as teaching tools for the generations to come. 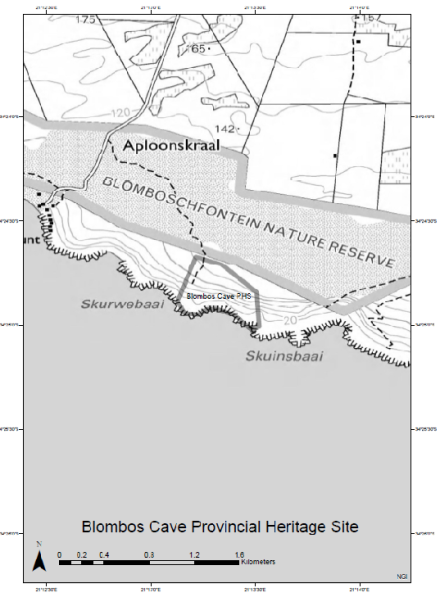