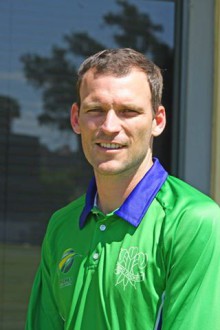 SWD Cricket confirmed that Ross McMillan announced his retirement from cricket this week. McMillan played five seasons for SWD in which he played sixty (60) first class matches (all as captain). With 3371 runs at an average of 32.11 he is highest overall runs scorer in the first class format for SWD – including seven centuries and twenty half-centuries with a highest score of 204 (vs North West in Potchefstroom in the 2014/15 season). He took the second most first class wickets – 116 at an average of 20.56 – his economy rate was 2.34 runs per over and held 65 catches – also a SWD record.

We wish him all the best for his future career.