The Outeniqua Quest took place this past weekend and events included the 108km non-stop, 108km 2-Day, 49km 1-Day and the newly added 134km Xtreme for the bravest of men.  Athletes lined up at 09am on Saturday morning for the start at Beervleihut in Wilderness to run the 108km Outeniqua Hiking Trail all the way to Harkerville.  The Xtreme runners then did an additional 26km circular route back to the Harkerville Hut. 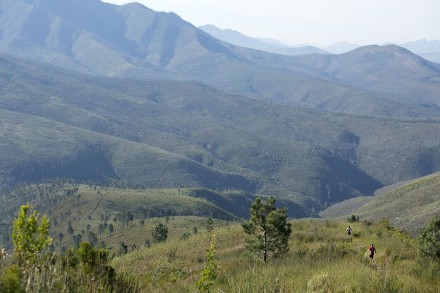 In the 132km Xtreme event, first runner arriving at Harkerville just before 11pm, was Andre Gie, who then, after a quick refuelling and pep talk, continued to the next hut and finally completing the  134km Xtreme race in 17hours 56min.  Second runner home, Andy Wesson, finished in 21hours 57min, also winning the Vet Male category with Dirk Diemont 3rd place with a of time of 22hours 52min and Nicholas Lykiardopulos in 4th place with a time of 26hours 49min.  These four athletes proof to be made of steel!  Being able to run non stop for more than 24hours, with sense of humour almost intact. 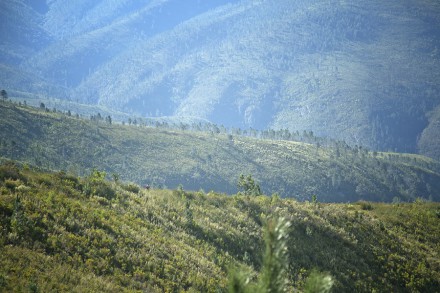 The 108km NON STOP event was the favorite and with perfect weather conditions and stunning routes, athletes managed to push through and keep smiling right to the end.  The first half of the race, took runners to Millwood Hut where they were treated to great hospitality which included a massage and lunch.  From there they run to Harkerville, via 3 more huts.   Prieur du Plessis took the lead, but were overtaken by Pieter Jordaan arriving at Millwood Hut.  Unfortunately Pieter had to withdraw from the race at Diepwalle due to an injury.  At Fisantehoek, the second last hut, Prieur du Plessis was in the lead, but was overtaken by Mark Gething, who then won the 108km NON STOP race in 15hours 47min, arriving at Harkerville just before 1am. A very cheerful and “high on coke” Mark stayed up all night to congratulate and motivate runners finishing and passing through Harkerville.  Second runner home in the 108km NON STOP, was Prieur du Plessis finishing in a time of 16hours, 3min followed by the novice trail runner Andrea Biffi, finishing in 16hours 20min.  A very impressive performance considering his longest race ever, was a 21km race!   The first lady home, Rosie Carey, arrived at Harkerville at 01:24, having completed the gruelling 108km in 16hours 24min, and taking 10min off the previous record, held by Linda Dokes. Still smiling and looking as fresh as a daisy, Rosie says it was a spectacular run and although the legs were hurting, she felt great.   Second lady home was Nell Harris, who run with her husband Kevin and they finished in 18hours.

For more information on the Trisport events, visit www.trisport.co.za. 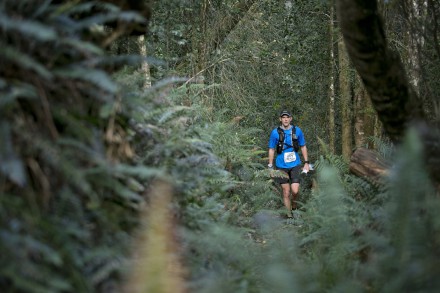