The Junior Springboks have freshened up their starting fifteen to play France on Saturday by making five changes to the run-on team that will play in the World Rugby Under-20 Championship bronze medal play-off in Cremona, Italy. 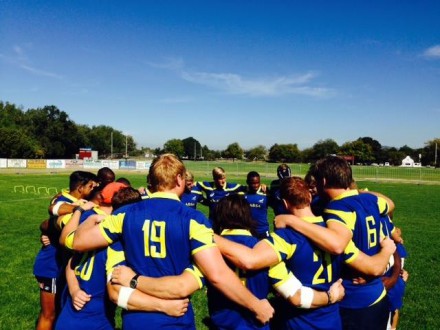 Coach Dawie Theron on Friday announced four changes upfront and one change in the backline. Mzamo Majola gets a start in place of Ox Nche, hooker Jan van der Merwe will pull on the No 2 jersey while Joseph Dweba moves to the bench, Jacques Vermeulen comes in at No 6 for Rikus Bothma and flanker Dan du Preez swop places with his twin brother Jean-Luc.

In the backline, Malcolm Jaer takes over the right wing duties from Khanyo Ngcukana. No 8 Hanro Liebenberg will captain the South Africans in their fifth and last tournament outing before the squad return to South Africa on Monday morning.

Liebenberg, who has led his team in exemplary manner during the tournament, said the team is motivated and looking forward to play against France.

“There is no hiding from the fact that the result against England was a huge disappoint. However, we will take that as a motivation to finish the tournament hopefully on a positive note with a win in our last match.

“Overall we had a good time together as a squad. We grew as a close knit unit during our extensive training camp in Stellenbosch, the Argentina tour right and the past three weeks here at the tournament in Italy. We have one match left to do our country proud and we are highly motivated to play France on Saturday,” explained Liebenberg.

The Junior Boks team to face France Under-20 Saturday in Cremona, Italy: