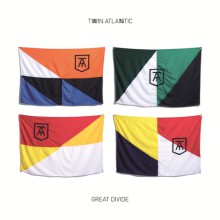 ONE NIGHT IN CAPE TOWN

“Our aim was always to make songs this size,” says Twin Atlantic singer Sam McTrusty. “Coming from a punk rock background, it took a while – we like to say we went the scenic route.”

“As catchy as any boy band you’ll hear all year, but built with old-fashioned rock-guitar hooks. And a Scottish brogue.” – USA Today

Twin Atlantic has had a busy year up to date, including an extensive tour in UK. They have been performing to full houses and have received rave reviews following the success of their latest album release Great Divide (Red Bull Records, August 2014.) Q magazine said of the album: “Scottish next big things step it up with an arena-rock-sized swagger” and Kerrang! commented: “If their ascent over the past years has shown us anything, they’ll soon be plunging their flag into the summit of British rock.”

McTrusty says that the band is looking forward to their time in South Africa. “It’s going to be a trip of a lifetime for us and something we never realized we could achieve with this band. Now that it’s just around the corner, we are really excited about getting to meet new people and cultures at the same time as playing our songs for music lovers in South Africa. We have been playing major festivals in the UK, North America, Europe and Australia so it’s with big smiles and pride that we can now say we have been to a whole new continent and rocked with people so far from home. See you soon!””

Since the release of Great Divide the album has produced three hit singles “Heart and Soul”; “Brothers and Sister” and “Hold On.” The fourth single off the album “Fall into the Party” will be released to SA Radio stations in June 2015. Listen to the single here:

That much of Great Divide was written in the back of tour buses, late at night, after Twin Atlantic had stepped off yet another festival stage is evident from first listen. McTrusty comments: “Our adrenaline was through the roof because, for the first time, thousands of people had come to see us. I’d be in the lounge, unable to sleep, recording ideas on my phone, trying to make sense of the reaction we’d had to our songs. You can’t hear 10,000 people singing a chorus back at you and not be changed by it.”

Addictive, arms-aloft anthems with instantly catchy choruses and refrains that beg to be howled back dominate the Glaswegian band’s glorious second album. Bristling with energy and oozing optimism, Great Divide is a rock record with widescreen ambition, inspired by the band watching their own fans and from sharing stages with the likes of Springsteen and Foo Fighters.

Almost three years and over 300 gigs since the release of their silver-selling, debut album, Free, catapulted them from clubs to sold-out shows at Shepherds Bush Empire and the main stage at Reading and Leeds, Twin Atlantic have made a mainstream record that marries their incredible energy live with a more mature approach to songwriting that acknowledges their long-held love of pop.

“We’ve been through our punk rock rebellion phase and come out the other side,” laughs McTrusty. “We’ve all grown up being in this band. Dare I say it, we’re finally fully-formed adults. Since Free, some of us have got married and bought our own places and I’ve spent time in Canada because my girlfriend lives there. When the four of us got back together to work on this album, there was no bullshit. With our own lives sorted, it was easier to see the point of the songs and how we wanted them to sound. And, definitely, part of that was embracing pop.”

The bulk of Great Divide was recorded in Rockfield in Wales with producer Gil Norton (Foo Fighters, Pixies), who also helmed Free. Additional songs were recorded in the States with Jacknife Lee (Snow Patrol, U2, R.E.M.).

Twin Atlantic formed in 2007 when McTrusty and bassist Ross McNae, a friend from school, joined forces with drummer Craig Kneale and lead guitarist and occasional cello player Barry McKenna.  All four had been in previous bands on the Glasgow scene. They bonded over a shared love of alternative rock, punk-pop and the city’s skate and street art scene, as well as a determination to make music their day jobs. Their ferocious shows soon saw them booked to support Smashing Pumpkins, Biffy Clyro and their teen idols Blink 182. Within two years, they had played most major UK festivals and been signed, following a tip-off from Alan McGee, to American label Red Bull Records.

Twin Atlantic will be on stage at One Night in Cape Town Shimmy Beach Club, V&A Waterfront on 7 August (Tickets at Computicket) and at Oppikoppi –The Fantastic Mr. VosVos on Sunday 9 August 2015. Tickets for the festival at https://plankton.mobi/Home/Index

“Cherish Twin Atlantic. Because they are ours, they are yours, and pretty soon they will be everyone’s. 9 out of 10.” – Rock Sound.