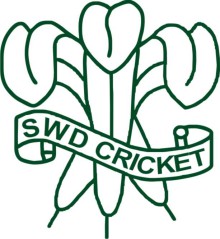 South Western Districts Cricket (SWD Cricket) was rewarded last week for its operational structures and programmes during the 2014/15 season.  The affiliate ended third overall when Cricket South Africa (CSA) announced the final results of the 2014/15 Operational Model Incentive Scorecard and the related incentive payments to category winners.  SWD, who finished behind Northers (1st) and North West (2nd) also, received a significant financial incentive after achieving a minimum qualifying score of 75% on the points scale.

As agreed by all the affiliate and associates, the purpose of the Incentive model is to drive improvement in several areas and to provide Members with an opportunity to be recognized and rewarded for performance.

According to Albertus Kennedy, the Chief Executive Officer is SWD Cricket; the primary purpose of the Scorecard is to measure performance in order to reward members who exceeded basic delivery requirements of the CSA funding objectives. “It is, however, important to note that, over and above measuring and rewarding excellence, one of the main aims of the Scorecard is to establish the level of delivery of each member in the specific programmes/activities related to the Operational Model. Accordingly, it is important for CSA to ensure the completed Scorecard reflects fairly the level of activity and delivery by each Member during the 2014/15 financial year”.

He further confirmed that CSA aimed to minimize subjective assessment as far as it is practically possible and provide quantifiable measures for each area assessed. Members were required to provide concrete/tangible examples with supporting documentation to back up each score. This aided the validation process.

In a memorandum to the members Mr Haroon Lorgat the Chief Executive Officer of CSA expressed his satisfaction that the exercise has been a productive one and one which CSA believes will enhance the performance of CSA and each Member. “We are confident that this will translate into cricket in South Africa being world class, both in administration and performance”, he said.

In his response Mr Rudy Claassen, the Chairman of the Board of Directors of SWD Cricket, expressed his thanks and gratitude to his fellow board members, associate chairpersons and office staff for their contribution, hard work and dedication during the past season.  “This is what SWD cricket is all about – we never compromise on quality and maintain service delivery of high standards – and considering that we only became a full affiliate member three years ago this is indeed a remarkable achievement”, he said.