It’s winter, but it’s warm in Durbs… the Old Mutual Music at the Lake concert on Sunday, 19 July 2015, featuring Prime Circle, is the perfect occasion to soak up the balmy winter sun at the Durban Botanic Gardens. 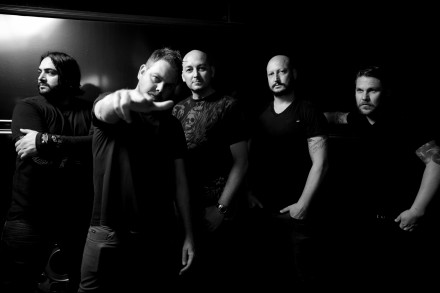 The Witbank rockers will be supported on the day by the equally sizzling Johannesburg indie rock band Shortstraw.

And Prime Circle certainly fit that description. In addition to topping charts, releasing six studio albums and winning multiple awards, they are regarded as one of South Africa’s most electrifying live acts.

Members Ross Learmonth (guitar and vocals), Marco Gomes (bass), Dale Schnettler (drums), Neil Breytenbach (keyboards) and Dirk Bisschoff (guitar) deliver high-octane performances crammed with the many hits they have amassed over a career spanning an incredible 14 years – one that shows no signs of slowing down.

In recent years Prime Circle have been honing their live sound during multi-date tours of Europe and the United Kingdom, as well as a high-tech arena tour of South Africa. They recently won a South African Music Award (for best music video) for the single Doors off their sixth studio album, Let the Night In.

Says Old Mutual sponsorship manager Bandile Mngoma: “We are thrilled to be welcoming Prime Circle to the botanical gardens. They have earned their stripes as South Africa’s leading rock act, and continue coming up with new and exciting soundscapes to keep their fans hooked and reel in new ones. Coupled with the energy and verve of Shortstraw, Durban is going to rock!”
Five-piece outfit Shortstraw – consisting of Alastair Thomas (lead vocals and guitar), Tom Revington (lead guitar), Gad de Combes (keyboard and backing vocals), Russell Grant (bass) and Jake Rubinstein (drums) – are fast building an avid fan base as one of the country’s leading indie (or, as they term it, “indie-bele”) rock acts.

With a number one album (Youthless) in 2015, and having won two MK awards for best album and best music video in 2014, they are rocking the local indie scene in a big way with their simple melodies, catchy rhythms and sharp lyrics. Most importantly, Shortstraw are known for getting any crowd up on their feet and dancing!

The Old Mutual Music at the Lake concert is likely to be one of the hottest tickets in Durban this winter, so be sure to book your tickets early. Bring cooler boxes, picnic baskets and blankets, or buy refreshments at the venue. Children will be kept entertained by the great activities at the Kidszone, while having the picturesque expanse of the botanical gardens at their disposal.

KwaZulu-Natal’s premium outdoor music venue, the Durban Botanic Gardens, has already presented outdoor concerts of some of the most talented and accomplished musicians such as Johnny Clegg, Khan, The Durban City Orchestra, Gangs of Ballet and Mi Casa, who received five nominations at the SAMA20, including four-time Grammy Award winners, Ladysmith Black Mambazo.