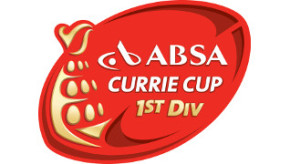 The Boland Cavaliers fought-back from an 11-point deficit at half time to snatch a last minute 28-28 (half-time 22-11) draw against the SWD Eagles in their Absa Currie Cup qualifier at Outeniqua Park in George on Friday.

Replacement flyhalf Adriaan Carelse kicked a 79th minute penalty to draw the scores level after the Eagles must have thought that they had secured the win after their fullback Elric van Vuuren had kicked a penalty to open up a three-point lead with two minutes left in the game.

Van Vuuren ended with 23 points after kicked seven penalties and a conversion while wing Denwal Demas ran in a brace of tries for the visitors.

Boland were kept in the match by Demas’ first try, try in the last minute of the first half, while fullback Eric Zana succeeded with two penalties as SWD went to the break holding a handy 22-11 lead.

The second half was a far more competitive affair as Demas went over for his second try, in the 59th minute, before Van Vuuren made the score 25-18 with a 65th minute penalty.

But Boland levelled the scores, with 12 minutes left in the contest, when flank Yves Bashiya rumbled over for a converted try to set up the nail-biting finale with Van Vuuren and Carelse trading their late penalties.

The final result did little for either teams’ hopes of setting up play-off place with the Eagles winless after four games while Boland have won just one of their four matches.