A few years ago I watched The Great Dance, an outstanding film documentary by Craig and Damon Foster about the Bushmen of the Kalahari and the role of hunting in their society and psyche.

From The Great Dance to Cosmic Africa, fromSharkman to The Animal Communicator, the Foster brothers have produced documentaries which help to tell the stories of people who are closely connected to the natural world and its animals.

These days Craig is far from the Kalahari desert. For the past three years he has immersed himself in the rich ocean waters near his home of the Cape peninsula, alongside Table Mountain National Park.

Craig has free-dived almost every day in these wild waters, come rain or shine. He continues to explore, document and relate his experiences of this enormously biodiverse environment.

In the past few years, science and research has shown that this stretch of Cape coastline at the southwestern tip of Africa is where modern man survived – and thrived – during the last ice age.

It is therefore, as Craig says “one of the most likely points of origin of our human species.” As part of his new Sea Change project, Craig and his friend Ros Frylink are telling the story of every human’s ancient link to this very special part of Africa. 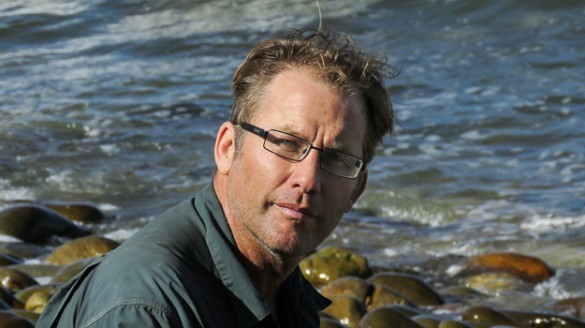 Scott Ramsay: Craig, what is it about the southern Cape coast which is special to you?

Craig Foster: “By far the most powerful and inspirational place I have experienced is the 400km stretch of coast and ocean at the southern tip of Africa, extending from the west near Cape Town to Tsitsikamma in the east.

Why? Because this place is the most scientifically-intact “time machine” on earth. There’s a large body of evidence here covering many aspects of Middle Stone Age existence. The innovations taking place in human culture along this coastline at 60 000 to 100 000 years ago are truly extraordinary.

Professor Chris Henshilwood is a South African A-rated scientist who is helping me understand the very complex science behind the evidence, which suggests this coastline could well be the cradle of the human mind. From a human heritage perspective it’s the most remarkable place on earth.

There are other related reasons why I love this ocean wilderness of the Cape. This area is where the two great ocean currents of southern Africa meet – the Benguela and the Agulhas. And Cape Point south of Cape Town is usually where these cold and warm ocean waters meet, although it does shift depending on conditions.

Cape Point and the adjacent coastline is really one of the most powerful places in terms of life.  Because of the huge upswell created by the Benguela Current, I don’t know anywhere else on the planet that has so much life.

Part of this incredible ecological system is the extensive underwater kelp forests. I’ve spent the last three years swimming and exploring every single day in this environment, and it has overwhelmed me.

What I’ve found is that you can visit places for a few days or weeks, even months, and they leave an impression on you, but when you immerse yourself in one place for a few years, you actually have a true, deep reciprocal bond and relationship with your environment. You actually have a love affair with it. It’s completely different.

So no other place in the world can ever compete for me. If you measure it on a scale of 0 to 100, the southern Cape coast of Africa is at 100, and the next place is at one. Scott Ramsay: Some experts, including you, suggest this coastline is the origin of modern humans?

Craig Foster: “Yes, human beings have been living here on the southern coast of Africa for the past 200 000 odd years. Few places on Earth can match this ongoing human relationship with the environment.

Obviously what’s broken is the deep reciprocity that they had with their environment. Current human society has lost that almost completely.

But we haven’t lost it totally. It’s broken, but the relationship carries on within us. Say you’re walking down to the ocean near Cape Point, chances are you’re seeing the green and gold of the fynbos, the white beach, the emerald sea, the rich browns of the kelp forests and the blue sky. For some reason, these colours are deeply imprinted on our genetics.

These colours are the address of our primal and evolutionary memory. It hits you like a freight train because you unconsciously remember this as the home of our ancestors for thousands and thousands of years. We’re genetically attuned to this coastline and region, far more than most other places on Earth.

Scientists previously thought the African savannah was the window of evolutionary memory, but the genetic and archeological evidence seems to suggest a Southern African origin.

I like to think these bands of white, blue, gold and green of our coast are more deeply imprinted in our ancient memory than the colours of the Savannah. 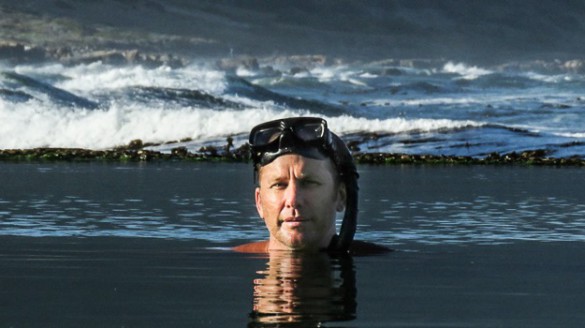 Scott Ramsay: Tell me a bit more about your exploration of the southern Cape’s ocean waters?

Craig Foster: “At first I just wanted to immerse myself in a wild place, and the ocean around Cape Point is the wildest place I know.

You swim out 500 metres anywhere here and I promise you, you’ll feel like you’re in a wild place. I spent the first six months swimming the coast, moving 5km along the coast every day, and I found amazing spots.

After six months, I started spending more time in little patches of selected kelp forest. After a year, I started to notice more and more, as the animals started to emerge. They’re highly cryptic and they’re masters of camouflage. It was unbelievable.

But there are also the big animals, of course. I found a small bay where sometimes there are huge congregations of sharks, up to six species of sharks and up to a hundred individuals. Sometimes they’re waist deep, and some of the sharks are well over two metres!

After a few years of this, I felt I could approach scientists who’d studied these animals. I asked professor Charles Griffiths at University of Cape Town and he sparked off this incredible interest in the marine biology. I’ve been going out with him on a regular basis and it’s a master class every time. My curiosity just went through the roof.

It’s mind-blowing. If you lift a rock in the kelp forest here, there can easily be a hundred animals under that one rock. If you lift the rock like that anywhere else in the world, there’ll be maybe five or ten, and you can learn the species very quickly.

The ecology here will take much more than a lifetime to study. You literally need ten lifetimes to get a sense of really what was going on.

Scott Ramsay: You’ve had some truly amazing interactions with wild animals. Which one stands out for you?

Craig Foster: “The first one was right here, off the east coast of False Bay in front of my house.  It was mid-winter, seven o’clock in the morning, still dark. I was diving with no wetsuit and wondering what the hell am I doing.

Then this Cape clawless otter approached me out. I kept trying to turn to the otter to see it, but I got the sense it was wary of my mouth, that I could maybe bite it.

So I just lay in the water and allowed the otter to come behind me. After a while it started touching my feet, and then it realised I wasn’t a threat.

Then it moved around, touched my hand and then touched my face with its dexterous fingers, and just looked into my eyes and touched my face for about 15 minutes. It was totally overwhelming, and a very powerful experience.

It was actually too much for me, so I got out of the water and the otter came right up to me at my feet and started to lift itself out the water. I felt like maybe it wanted me to come back into the water with it. I was overwhelmed. It was too much. I went back for a little bit but had to get out, because it was so overwhelming.

It’s happened four times now with different otters, where they’ve actually come in to make physical contact with me. Sometimes they’ve been quite afraid, but there’s definitely something happening there. It could be that we had these early reciprocal relationships with animals, whether it be co-operative hunting or whatever it was, and I think sometimes these animals are remembering this reciprocity they had with us humans. 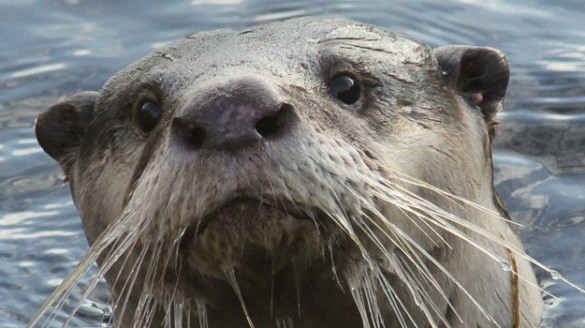 Scott Ramsay: It’s a pity that modern society has lost this connection with wild animals, isn’t it?

Craig Foster: “Early humans had a deep connection to a large number of species. The Bushmen talk about these relationships with wild animals as “ropes to God”. They’ve got these bonds with many, many different animals. It’s like a deep love. When I’ve accompanied Kalahari bushmen on a hunt, they have a deep love for it and a deep respect for it.

They say you can’t hunt an animal unless you love it. The Bushmen have these incredible love bonds with wild animals, even the ones they hunt.

Sadly, most of that’s been lost in our society. And it has implications for human relationships with each other, because no human can ever give you back that multiplicity of connections and love, so it’s quite disturbing for the psyche on many levels.

Imagine you’ve got maybe at least a hundred species that you’re interacting with on a daily basis, and these relationships have been going on for thousands of years.

Now in the modern era, where there is very little of that, you turn to your poor human partner or family, and you’re expecting that same richness of relationship, that same fulfillment of connection. And obviously they can’t give it, so you’re disappointed.